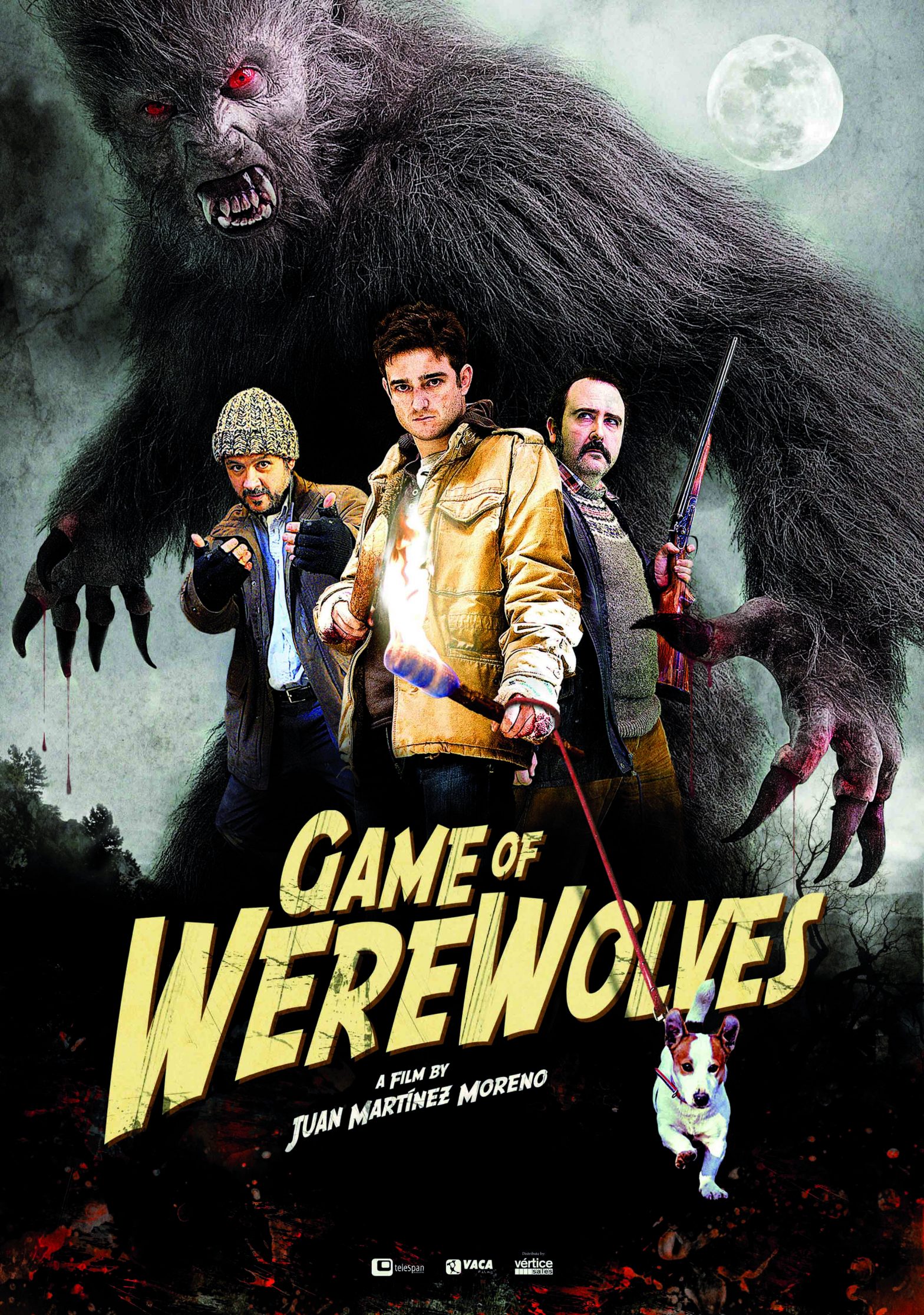 After the critical success of his first novel, 500 pages of hectic dialogue on a bottle of Jägermeister, Tomas Marino is invited to his childhood village for a ceremony in his honor. Well, the village is not nearly as classy as the Prado in Madrid, the girls are all toothless and there is a manor that constantly stinks of wet dog, but who cares. Tomas is like the lost son coming home, ready to gobble glory, tapas and sangria… if it were not for the century old curse that hangs over the village. And the only way to stop it, is to sacrifice Tomas, the only male descendant of the family responsible for this mess. Spanje is known for its really serious horror films such as The Nameless, Rec., The Orphange and co… But it’s been a while that we were able to laugh and shiver at the same time with our Iberian friends. The horror comedy Game of Werewolves is the dream project of director Juan Martinez Moreno, who pays homage to his personal genre film favorites : An American Werewolf in London, Evil Dead, Shaun of the Dead… His mission was to shock, to frighten and to make us shake with laughter. When you watch Game of Werewolves, you’ll be able to conclude one thing: mission accomplished !