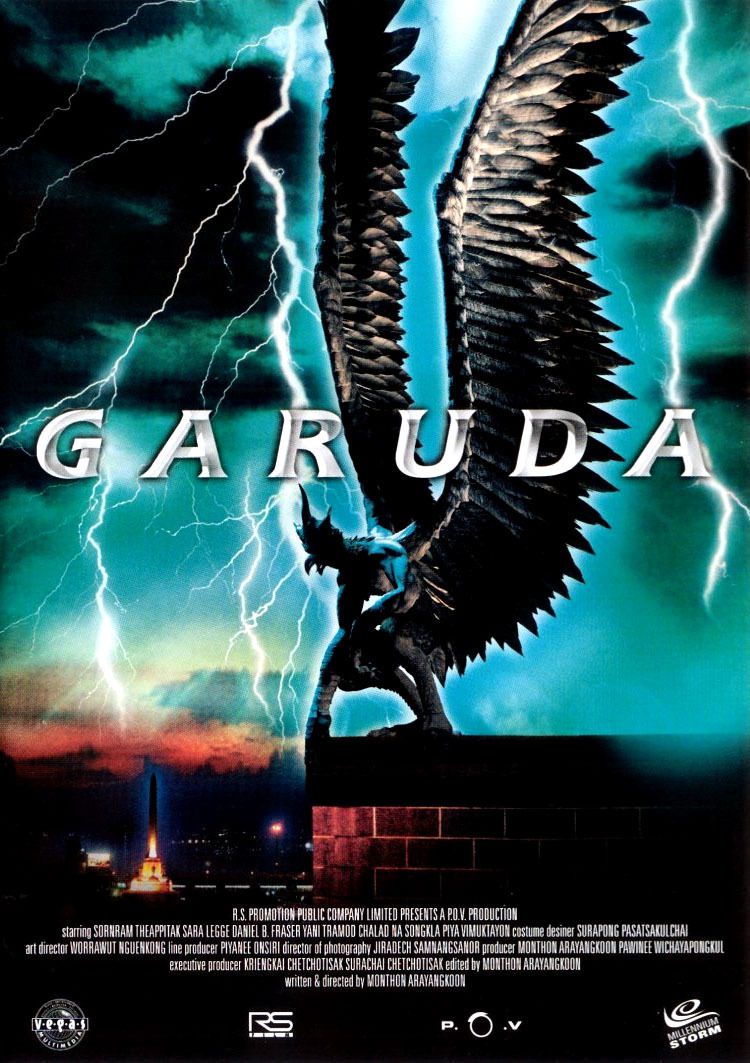 His entire life, archaeologist Dr. Pierre has searched for the remains of the mythical god-like creature Garuda, who not only existed as a species, but also ruled the world long before men. Twenty years later, his determined and beautiful daughter Leena takes up her father’s mission to find the Garuda. She has been denied the excavation rights by superstitious authorities because she is a half-cast. Leena’s hopes of proving her father was right are revived when she and her colleague Tim are called to help investigate a mysterious finding in a railway tunnel deep under modern Bangkok. There, Leena and Tim come face to face with a team of special service soldiers led by Captain Tan, who’s deeply suspicious about foreigners and their theories. In the tunnel, they discover the last remaining Garuda, which has been in hibernation for millions of years. Their attempts to save the creature are opposed by the soldiers, who are determined to kill it at all costs. The fight against superstition and ignorance begins, as the Garuda wreaks havoc over the Bangkok sky. In South-East Asia, the giant mythological king of the birds, Garuda, is the divine vehicle of the God Vishnu. Thai director Monthon Arayangkoon uses the supernatural half-human, half-bird as the star attraction for an entertaining monster movie with lots of big-time destruction, plenty of mass panic and hysteria and a couple of brave heroes who’ll try to save the day. Move over, Godzilla. There’s a new kid in town.