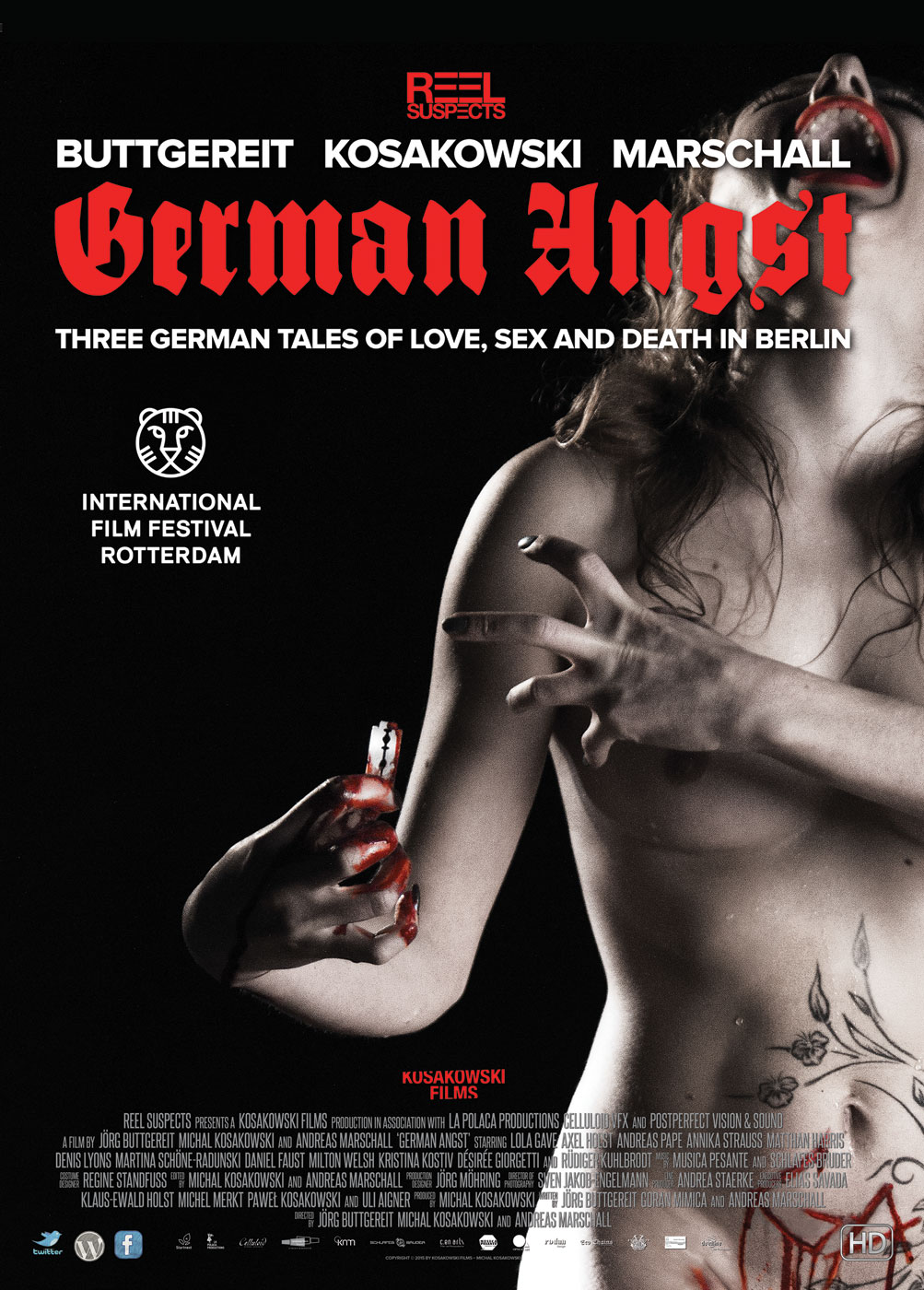 This horrifying tryptic starts with the story of a girl who’s fascinated by castration and mutilation, a fascination that turns into reality. Next we have a couple of deaf and dumb lovers, exploring an abandoned building. The girl starts telling a fascinating and fantastic story about how her grandmother in Poland survived a raid by an SS death squad. But before she can finish her story, they are interrupted by a gang of neo nazis. The closing piece tells the tale of a photographer, fascinated by a girl he met in a club. She lures him to an exclusive private society where its members indulge in their passions by transgressing the borders of life and pain.

The duo Michael Kosakowski and Andreas Marschall (Tears of Kali, Masks) and Jörg Buttgereit (Nekromantik) pride themselves on being Germany’s most controversial and disturbing directors. And that’s no understatement. German Angst is definitely not for sensitive souls or weak stomachs. Each of the three films is a madly insane, delirious and sadistic exploration of the dark underbelly of Berlin. The tourist office of the German capital couldn’t have wished for a better publicity spot!