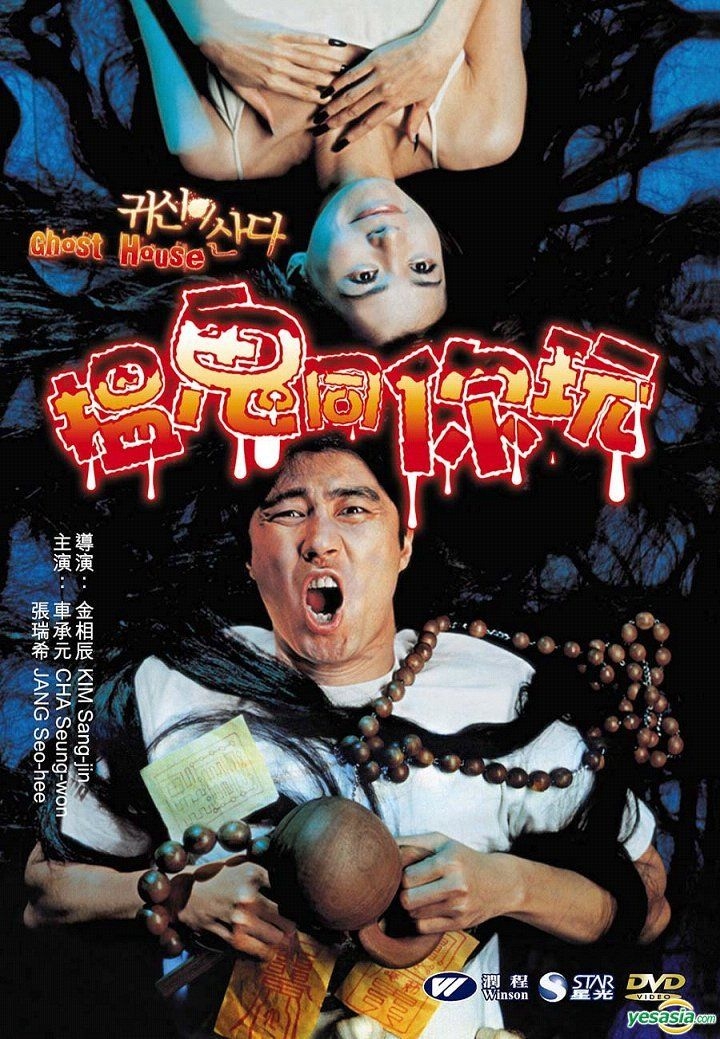 Pil-gi has never forgotten the last words of his deceased father : “You must have a house of your own”. There hasn’t been a single member of the family who has owned a house for the last 3 generations. So Pil-gi slaves for 10 years to get the money together. He works as an engineer by day and as a special taxi driver at night for drunks who can’t drive their own cars. Finally he’s able to buy his dream house, a beautiful place by the sea. But there’s someone or something else that holds claim to the house and it mercilessly tries to drive him out. His couch starts to attack him. Kitchen knives want to impale him. An actor on TV warns him to get out of the house. As the bizarre attacks increase, Pil-gi is forced to take refuge in a motel. Getting all his courage together, he decides to make a stand and declare an all out war on the ghost. Director Sang-jin Kim has already directed hit comedies such as Attack The Gas Station (1999) and Jail Breaker (2002). In Ghost House, he masterfully blends feelings of fear and suspense with splashes of comic relief, never given the audience the chance to let their guard down. The special effects are quite excellent. Especially the scene where the unfortunate Pil-gi, incarnated by Sung-won Cha (Kick The Moon, Teacher Mr. Kim), is chased upon the roof by thousands of chickens, will linger in your mind for a long-time.