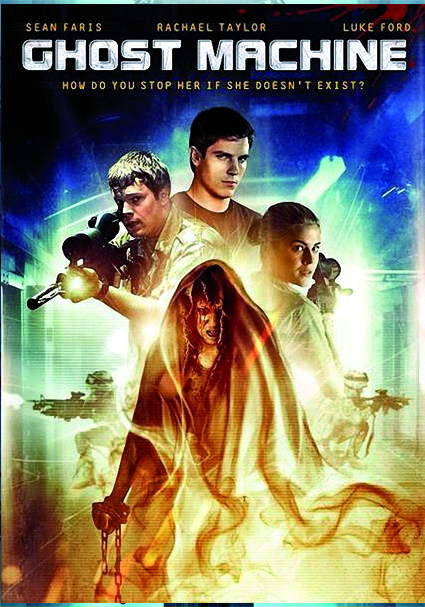 A note to all those Wolfenstein and Doom nostalgics. Do you remember those videogames which were played on a three ton machine with joysticks that looked like handbrakes ? Remember how we blasted away in every direction ? Big fun and zero risks. We always had our friends esc and ctrl-alt-del who were keeping an eye on us. That was all a long time ago. Tom is a young gamer enthousiast and IT engineer who wants to share the lastest technological discovery with his army buddies : a battle simulation that turns an abandoned jail building into a video game. A beer, a joint and a dead body later, this virtual paintball has turned deadly. There’s a surprise guest who’s transforming the participants into vegetables. A vengevul spectral entity has exchanged its white shroud with the ball and chain for a more modern outfit. As you might think, Tetris and Pacman weren’t so bad after all. Former Numb3rs director Chris Hartwill makes his move to the big screen with this smart and effective technoslasher. Ghost Machine is kind of a date between The Ring and The Matrix with a final twist that Cronenberg would have loved. As for you videogame purists, one thing is certain : Rachael Taylor in combat uniform makes you wanna take your joystick in your hand.