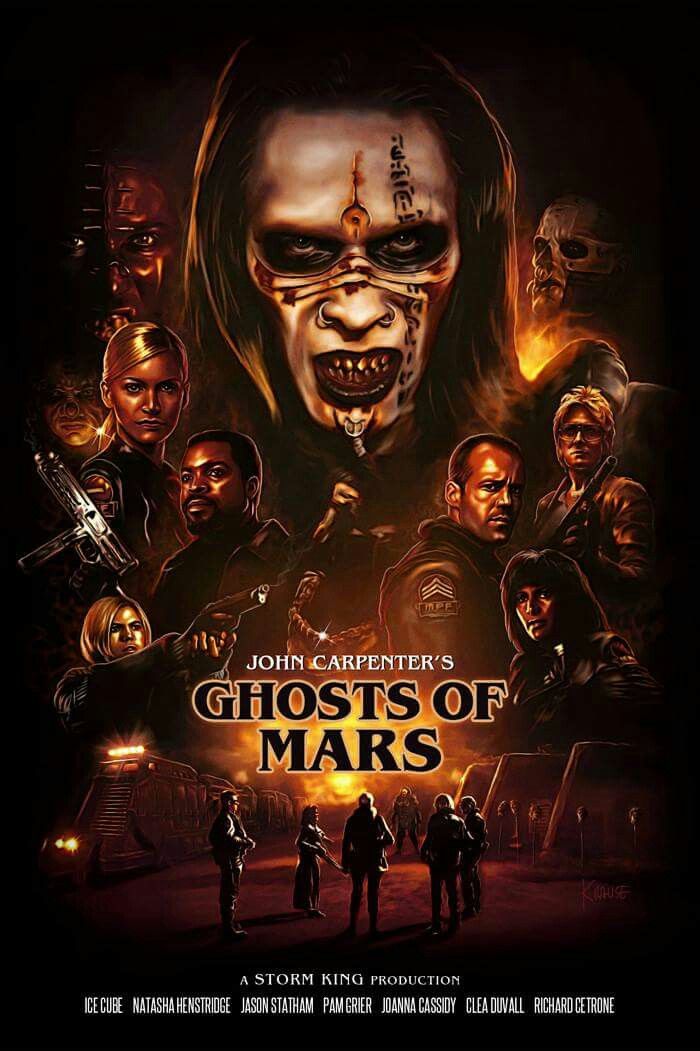 200 years in the future. Intergalactic cop Melanie Ballard and her team have an assignment of transferring a dangerous criminal named Desolation Williams to a prison in the outpost city of Chryse on the planet Mars. But in a turn of events, an adjacent mining team on the Red Planet has unearthed an ancient Martian defence device. It unleashes warrior ghosts of the planet’s original inhabitants who in turn possess most of the workers. Upon arriving at the outpost, Ballard and her team, including Desolation Williams, must band together to survive the vengeful spirits bent on eradicating all human life on their planet. Mars has fascinated humans for years. It’s the nearest planet to us, and the only one that comes close in terms of liveability. Its forbidding landscape and dire red colour scheme have proven to be magnetic for filmmakers. Legendary fantasy director John Carpenter (Escape from New York, The Fog, Vampires) uses our red neighbour as the setting for a spectacular science-fiction western, that sometimes reminds you of his own cult-classic Assault on Precinct 13. The intriguing setting, the impressive visuals and creepy scenes are stuffed with plenty of gun-blazing, head-bashing and flying-buzz saw dismemberment fun. Natasha Henstridge (Species, The Whole Nine Yards) plays space cop Melanie Ballard. Pam Grier (Jackie Brown, Mars Attacks) is Helena Braddock, the commander of the outpost. Jason Statham (Snatch, Mean Machine) incarnates a weary but horny sergeant and Ice Cube (Anaconda, Three Kings) has fun as Desolation Williams.