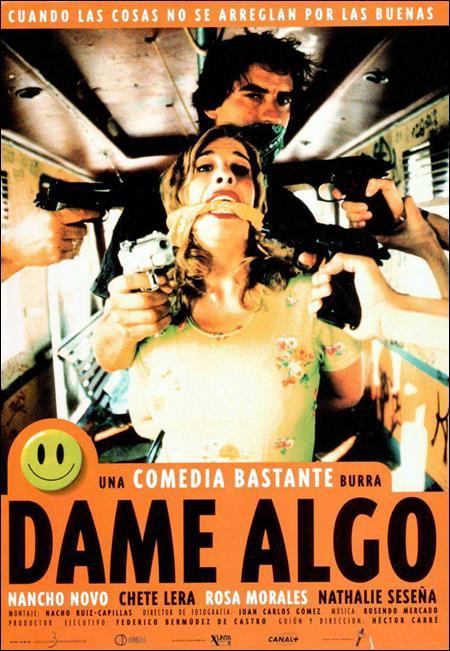 Benigno has just been released from jail. He’s an intelligent, handsome young man but he’s homeless and he’s an orphan. He’s fed up that no one pays attention to him and decides to get attention by force. Taking advantage of the presence of a television team, Benigno guns down a nun, sister Teresa. Marisol, the most popular presenter at Tele-Local, the local television station, is covering Benigno’s story. She talks too much and she wears too much make-up but she would sell her own mother to become a star.
Dame Algo is a new Spanish comedy by director Hector Carre. Carre has ample experience as an assistant director in cinema and advertising. He has worked with such filmmakers as Terry Gilliam and Steven Spielberg. Nancho Novo, known from his leading role in Julio Medem’s “La Ardilla Roja”, stars as the charismatic Benigno. Nathalie Sesena is a muse for many Spanish shortfilmmakers. She starred in Alex de la Iglesia’s El dia de la Bestia and now plays Marisol.