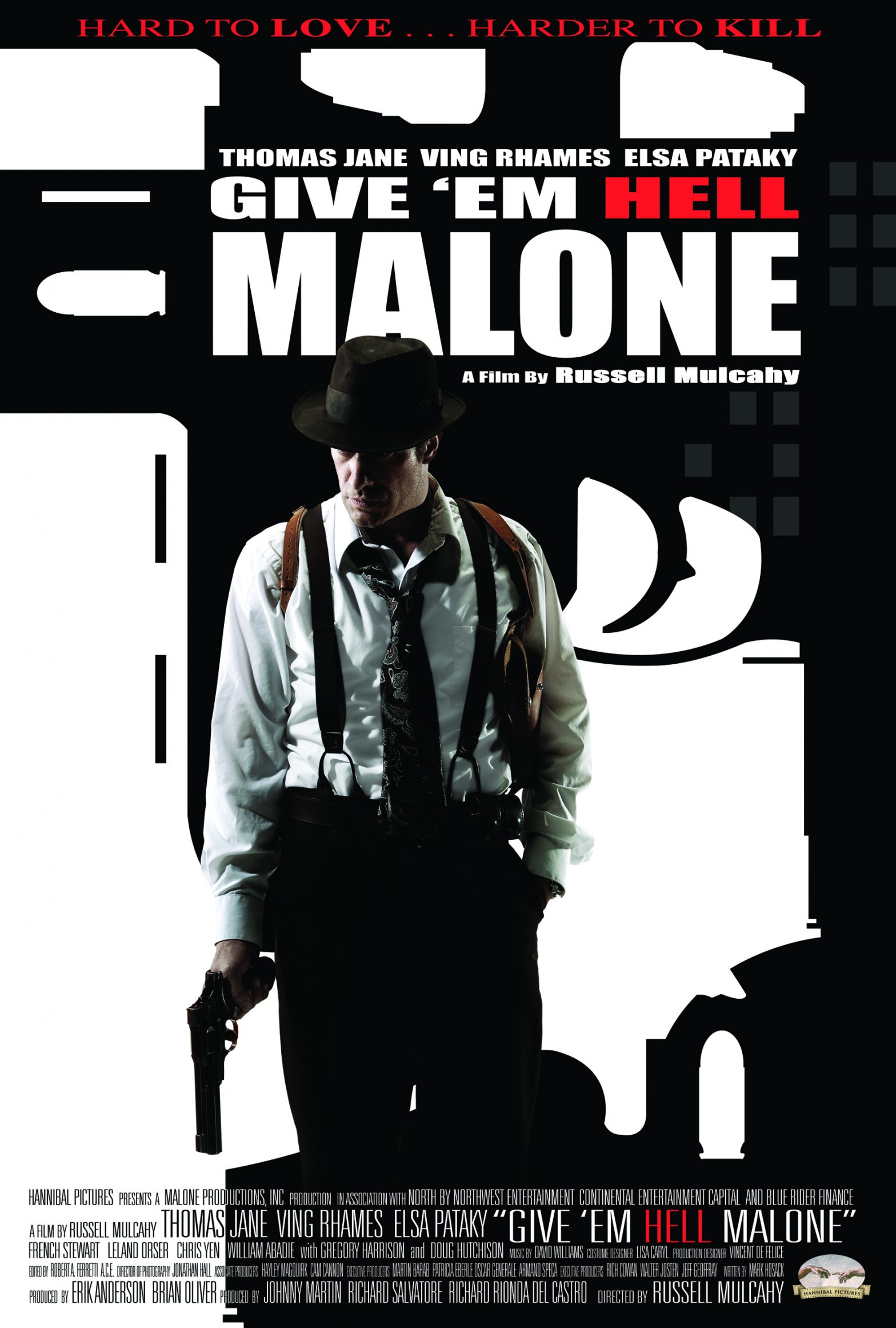 Getting back a briefcase. Seems easy, no ? Wrong. Malone just gave a whole bunch of bastards who tried to kill him a one way ticket to hell to retrieve the damn case. And when he comes back for an explanation… you don’t need an MBA to realize he’s not there for five o’clock tea and biscuits. He’s not the only one who wants the mcguffin. There’s also a poisonous brunette with dubious intentions, a very nervous pyromaniac who’s in love with matchsticks, a Japanese slut who is to the knife what Nigel Kennedy is to the violin – a gifted pain in the ass –, and a hefty henchman ( compared to him, King Kong is a cuddly toy ) who has the unfortunate habit of breaking bones instead of shaking hands. Give ‘em hell, Malone ! Russell Mulcahy, the great craftsman who brought us Highlander and Razorback, is finally back on the tracks and he clearly had a blast with this mad mix between The Maltese Falcon and Sin City! The stereotypes borrowed from the whodunit movies of the 40’s are completely intentional and deliberate. Thomas Jane ( who seems to have a subscription to play the avenger ) and Ving Rhames are sizing up each other with loads of testosterone in this macho retro bullet fest, with the delicious Elsa Pataky for dessert. Yummy !