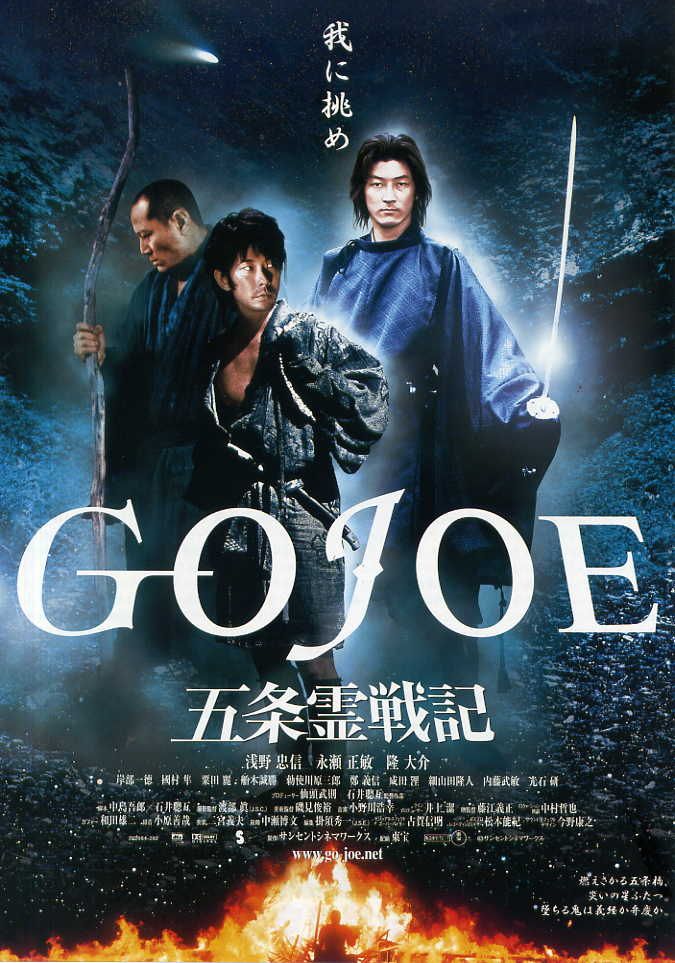 Late 12th century Japan. The Genji and Heike clans are engaged in a brutal civil war. At the Gojoe bridge near Kyoto, the imperial capital, a Heike sentry is decapitated by an invisible demon. While two comets speed through the sky, an ancient oracle predicts great turbulence between the forces of darkness and light. Benkei, a seasoned warrior who long ago gave up violence for religion, is told by his master, the White Monk Ajari, that he has been chosen to battle the dark forces of chaos. Meanwhile, the Heike clan sends a large force to capture the demon, but they are slaughtered at Gojoe bridge. Benkei happens upon the fracas, whereupon he and the demon are transfixed by each other’s formidable spiritual energy. His opponent is in fact Shanao, the Prince of the Genji clan, lusting for vengeance after the massacre of his family. Benkei enlists the help of a vagabond swordsman to defeat Shanao. In Gojoe, Japanese iconoclast Sogo Ishii (Crazy Family, Angel Dust, Labyrinth of Dreams) has married the kinetic energy of Akira Kurosawa’s great samurai pictures with a uniquely deranged brand of Buddhist spirituality. The movie also liberally employs the latest CGI technologies to increase the wonder and beauty of its awe-inducing images, supported by mesmerizing performances from fine actors : Tadanobu Asano (Taboo, Away With Words) as the Prince, Ryu Daisuke (Kagemusha, Ran) as Benkei and Masatoshi Nagase (Mystery Train, Cold Fever) as the vagabond.