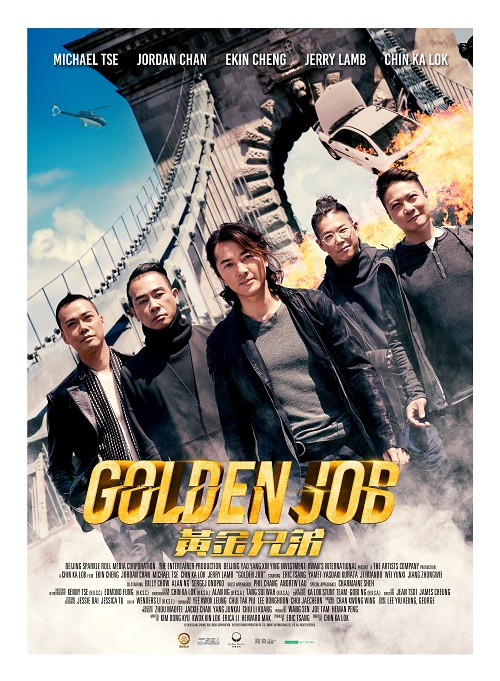 Lion, Crater, Bill, Mouse and Calm are best friends and partners in crime since their years at the orphanage. After ten years as mercenaries for crime syndicates, they come to a point (as we all do) to take it slow. They’ve seen enough blood, bullets and random kills for several lifetimes. But there’s one last job to do. Lion proposes to rob a van with precious medicines to send them to an African refugee camp. The hold-up goes smoothly: the victims are really polite and there are not too many bullets flying around. Basically, routine… Until they open the van and find tons of gold bars. Have they been betrayed? The entire cast of YOUNG AND DANGEROUS shows up in this Hong Kong action spectacular. For the occasion, they leave the city by the bay behind for MISSION IMPOSSIBLE-style robberies in the streets of Budapest, FAST&FURIOUS-like car chases in Sapporo and armed assaults on islands in Montenegro with a body-count that surpasses THE EXPENDABLES. GOLDEN JOB is delirious action-fun, stuffed with irresistible nostalgia for the golden 90s.