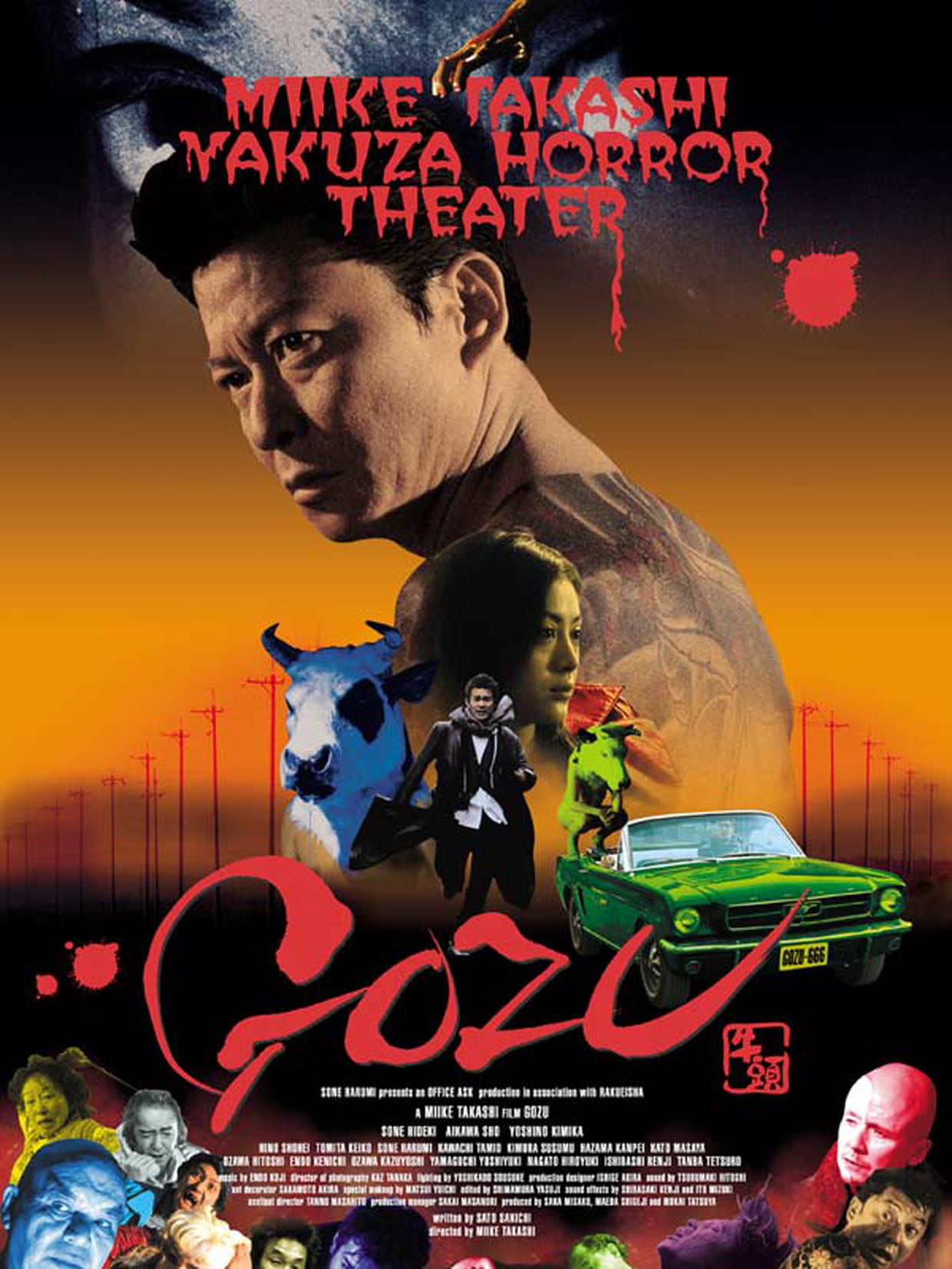 Yakuza member Ozaki seems to be on the brink of madness when he kills a Chihuahua after accusing it of being a rival gang’s attack dog. The Boss orders Minami, a young novice, to kill the troublesome Ozaki, a bitter task, given that Minami views his target as an elder brother. When a car accident does Minami’s dirty work for him, he pulls into a coffee shop in a rundown hamlet to notify the Boss. On returning to the car, he discovers Ozaki’s corpse is gone. His subsequent search for the body is severely complicated by the antics of the lunatics who populate this strange little town. Soon, the unfortunate Minami finds himself sinking away into a surreal quagmire of nightmarish proportions.

No festival can be complete without at least one film from Japanese shockmeister Takashi Miike (The Audition, the Dead or Alive trilogy, Ichi The Killer). In Gozu, we take a disturbing plunge into the troubled mind of a Yakuza foot soldier. Miike loves to mix genres and here he serves up equal parts ghost story, gangster tale, psychoanalysis and sexual nightmare, climaxing with one of the most shocking finales in movie history. Get ready for another trip to Takashi Miike’s Yakuza Horror Theatre.