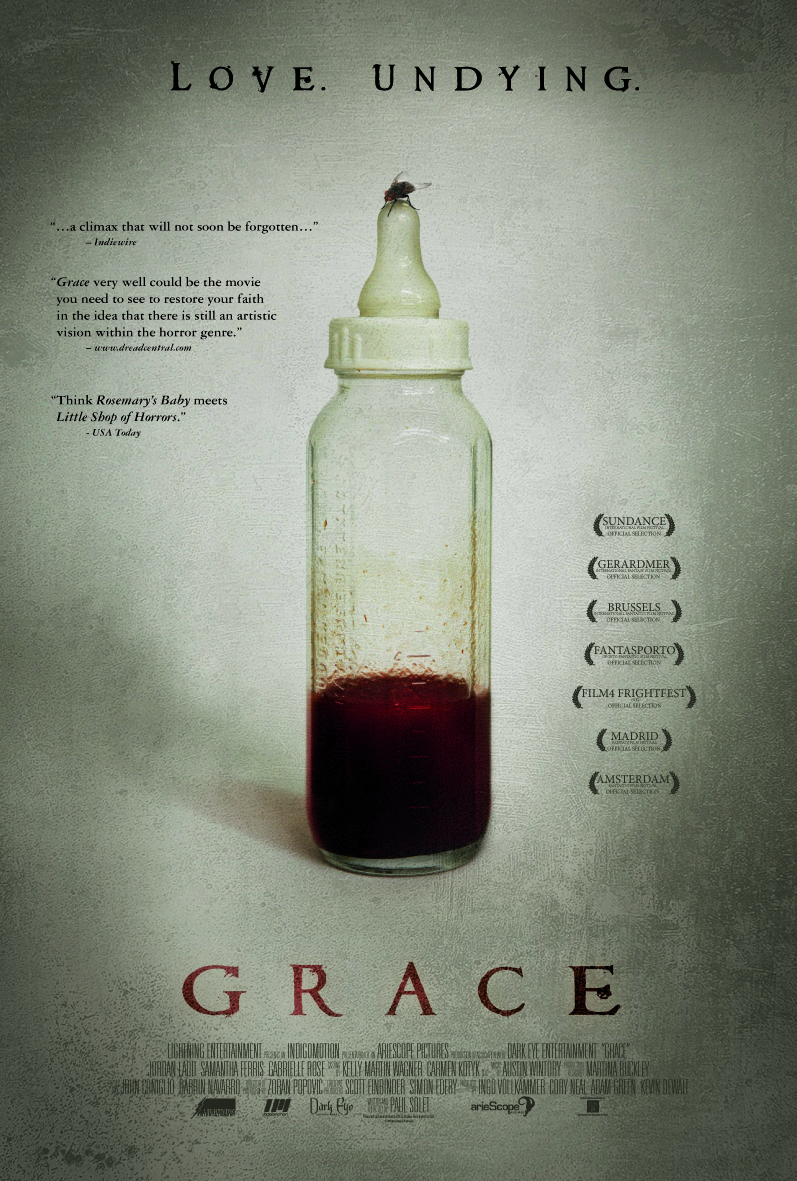 A reminder for future fathers, but also for the others – insofar as it is possible to find one or two active spermatozoids in this vale of tears – never ever disagree with a pregnant woman ! Madeline, for example, is a slightly stubborn woman. Especially concerning the birth of her daughter Grace. Don’t mention epidural anesthetic, cesarean or ultrasound scans; she’ll give birth the oldfashioned way : at home, with a midwife with a wooly area above the upper lip, yelling loudly enough to wake up the whole neighbourhood. But avoid telling her that Grace died in her womb ; she won’t care two hoots, she’ll give birth anyway. It would be ill-advised to reproach her this, as some time after delivery Grace comes back to life. All right, it was predictable that this would beget some petty “after-effects”. Grace’s diet is more of a blood-typerather- than-a-milk-type diet. No problem : Madeline’s got both. Paul Solet gained recognition via the winding paths of short films. Grace was originally a short feature and made quite some noise on the American festival circuit. Here he enters into the feature film arena and it’s gonna hurt ! Grace – somewhere between Rosemary’s Baby and Larry Cohen’s It’s Alive – is deep, poignant, startling and manages to raise the level of a genre stuck into some preadolescent Punch and Judy show. Reasons enough to greet this first long feature by Paul Solet with all the honors it deserves ; he pays a truthful and sincere homage to the genre.