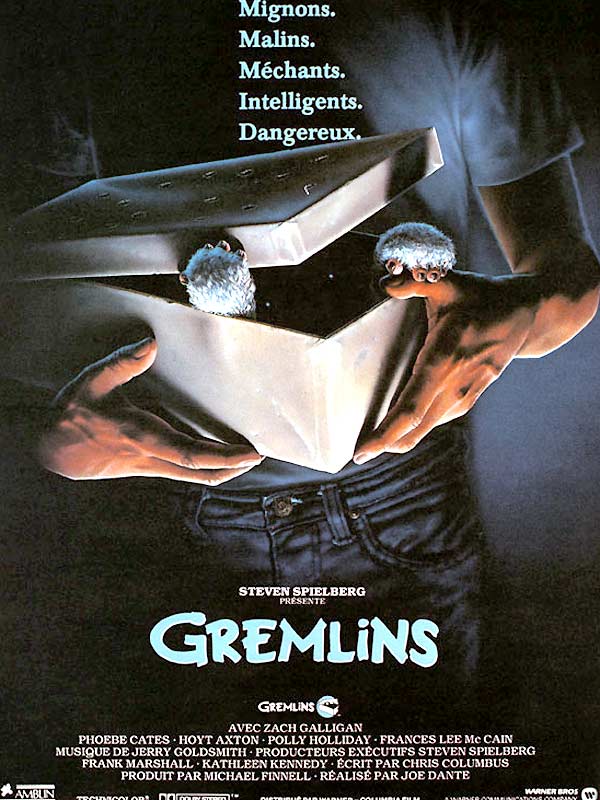 Christmas eve. Rand gives his son Billy a small chubby animal with a colourful fur and sad eyes as a present. The animal, called Gizmo, which he bought in one of the most cluttered shops in stereotype china town, comes with an unusual manual. The Gizmo isn’t allowed to come into contact with water as well as bright light and cannot be fed past midnight. Like it always happens in the movies, Billy does not stick to the rules. Gremlins is an unusual, cynic Christmas story that seems to be the result of an unlikely marriage between Walt Disney and Tex Avery. Gremlins is a marvellous relaxing cocktail of horror, humour and romantics. A spectacle that will leave the film-fan chuckling with pleasure in his seat as a result of the fast succession of gags and references to Hollywood classics (from E. T. and The Texas Chainsaw Massacre to Snowwhite). Gremlins is the brainchild of Chris Columbus who also pulled the screenplay for «The Goonies» out of his sleeve. Joe Dante (The Howling, Piranha and It’s a Good Life from The twilight Zone) presents himself as a true master of combining bursts of laughter with cries of distress.