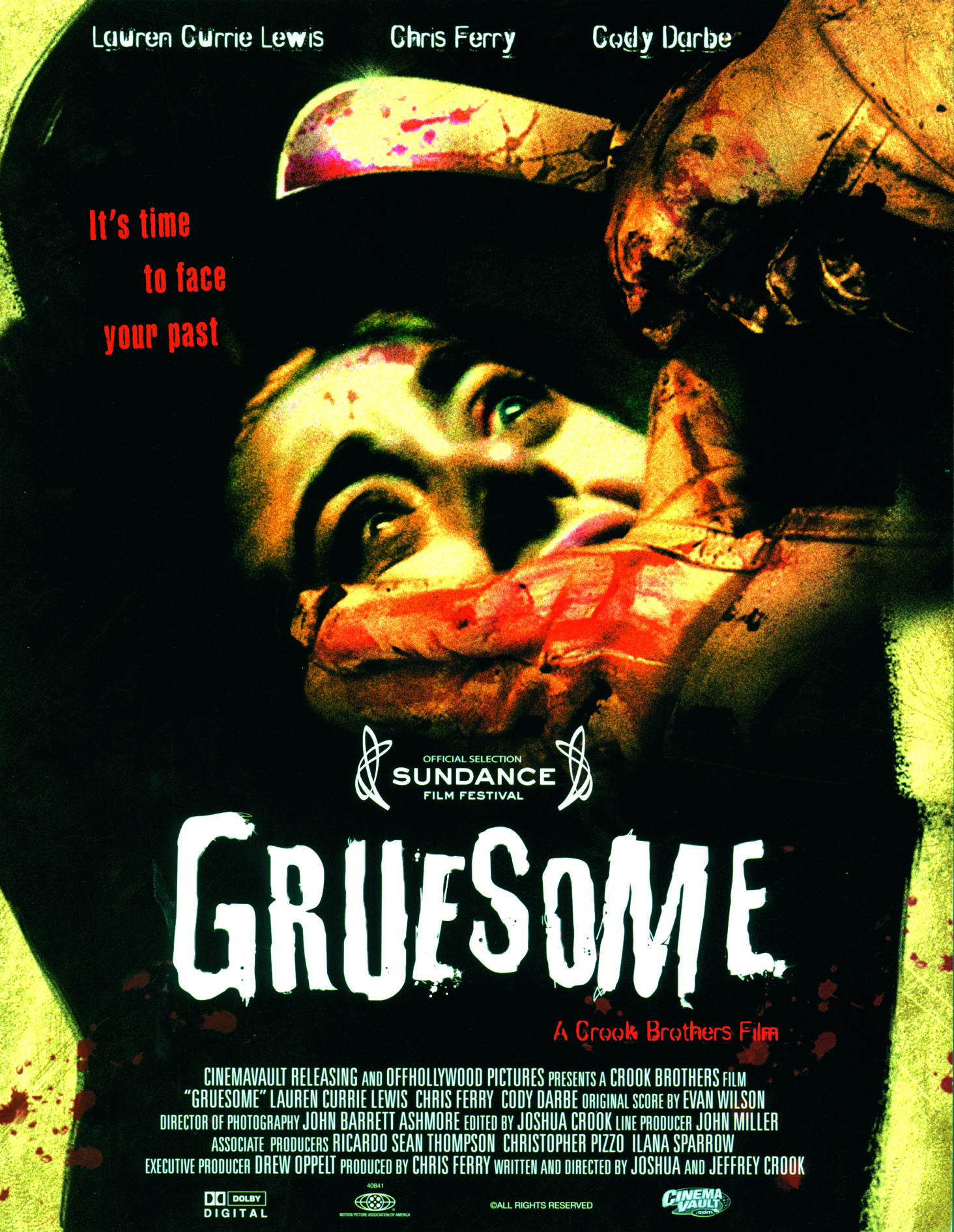 It’s late autumn in a small Midwestern town. College student Claire Parker leaves her night job at the local convenience store and awaits a ride home from her boyfriend Jimmy. However, a stranger in Jimmy’s truck, claiming to be his friend, picks her up. He turns out to be a psychotic killer. Just when Claire thinks she has managed to escape him, he finds her and brutally and viciously murders her. The next day Claire wakes up and everything seems normal. Perhaps it was all a bad dream. Then it happens again. And again. Claire soon realizes she’s trapped in an endless nightmare where she’s forced to relive her own gruesome murder over and over again. To break this circle, she needs to piece together the truth, a truth too surprising and horrible to imagine. Groundhog Day meets Hostel in Gruesome, a bad acid trip in hell from directing team Joshua and Jeffrey Crook. Gruesome plays with the genres of psychological thriller and horror. As a thriller, Claire’s harrowing quest for an answer to her riddle, a superb performance from Lauren Currie Lewis ( One Per Cent, Broken Strings ), intensifies as the attacks on her life grow increasingly more brutal. The horror comes from the bloodiness and brutality of her ordeal, the grisly nature of her visions and the creeping feeling that the end to all this cannot be a happy one. Gruesome, a horrifying new kind of nightmare and a big festival hit worldwide, will almost certainly also nail the Bifff audience to their seats.