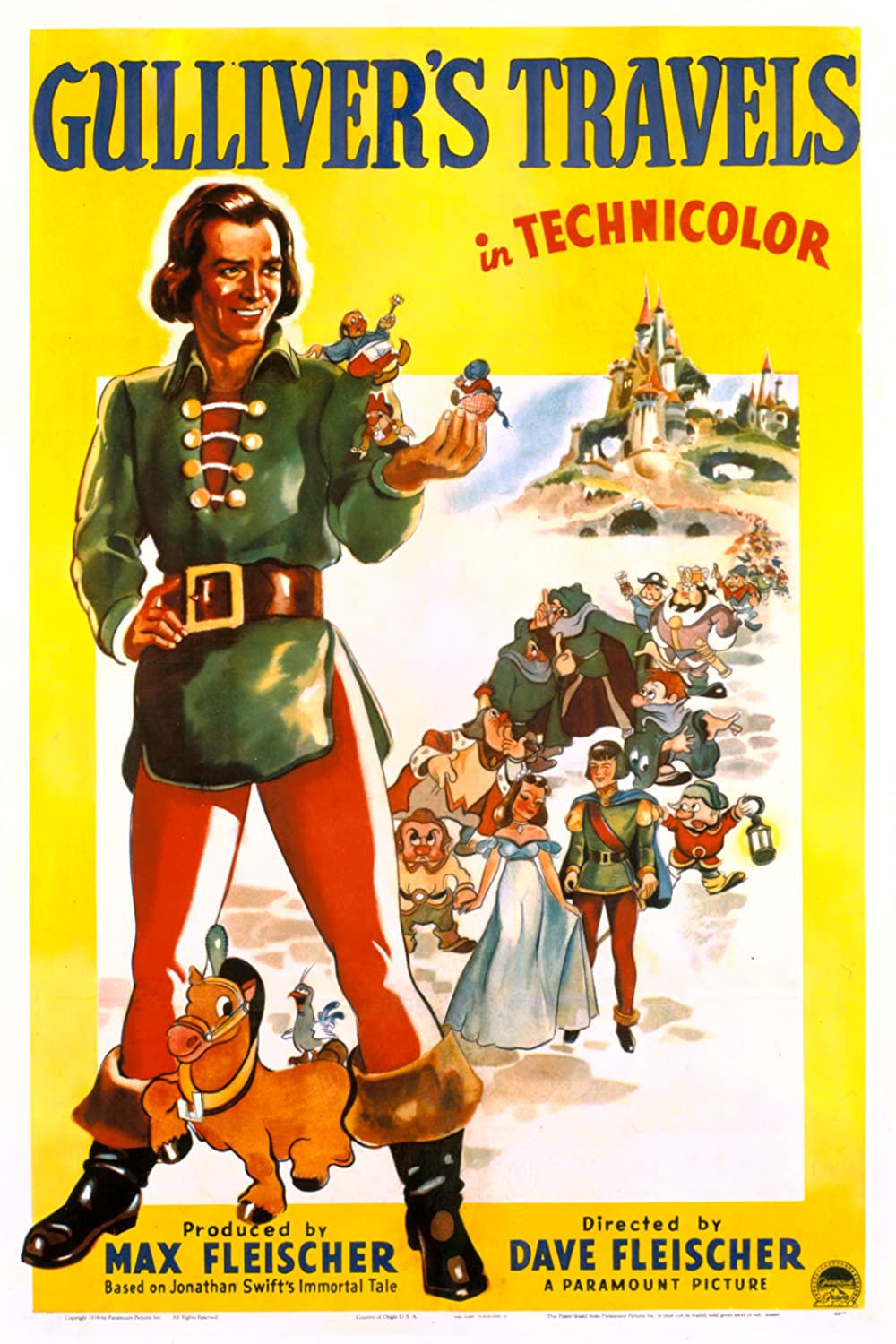 Max Fleischer made his debut in 1921 with KOKO, The Clown. After that his brother Dave joined him and together they made Popeye, the Sailorman for the small screen. On top of that, they were the creators of Betty Boop, the animation pin up that was inspired by singer Helen Kane. Gulliver’s Travels came out two years after Walt Disney’s Snow White and the Seven Dwarfs, their most important rival. The competition was fierce but, despite the obvious talent of the Fleischers, was won by Walt Disney. This amusing adventure tells the story of Gulliver and the small people of Lilliput and their war against their neighbours, subjects of king Bombo, concerning a marriage song. But is there going to be a war between Gulliver, Lilliput and the subjects of Bombo?