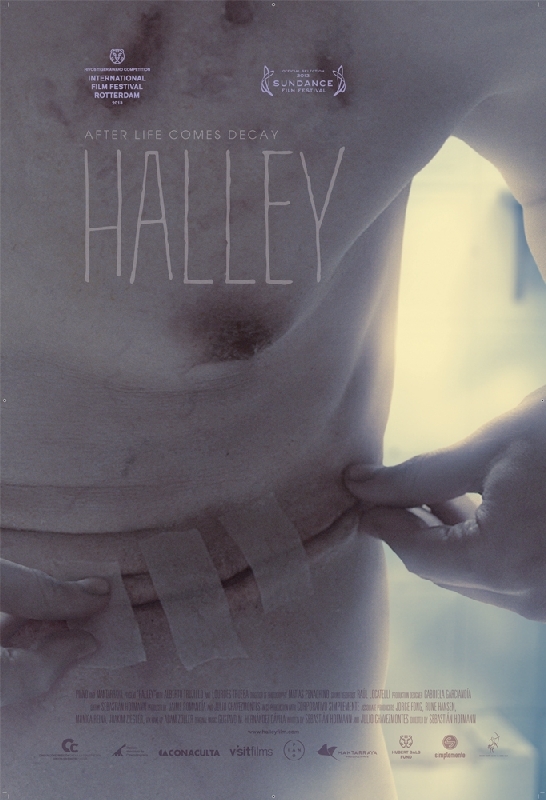 As the night watchman of a fitness club in Mexico, Beto has some issues blending into the customers. They are all muscular with calves as big as Beto’s waist. This is kinda normal if we know that our guard is a zombie. Every morning he plasters his face with layers of make-up and sprays his body with perfume to hide the petrification and the smell. And we won’t even mention the maggots he has to remove from his skin. But one day Beto faints in the subway and wakes up at the mortuary. This is the last straw. He decides to quit his job. But Silvia, his boss, won’t let him go away so easily and a strange bond will tie these two lost souls together. Halley, the first feature of Mexican director Sebastian Hofman, is not an obvious crowd-pleaser, with its close shots depicting the slow but inevitable fall of a condemned man; a star performance by Alberto Trujillo. Hofman might dismay some viewers, but his clinical approach slowly infuses a growing uneasiness which is hard to shake off.