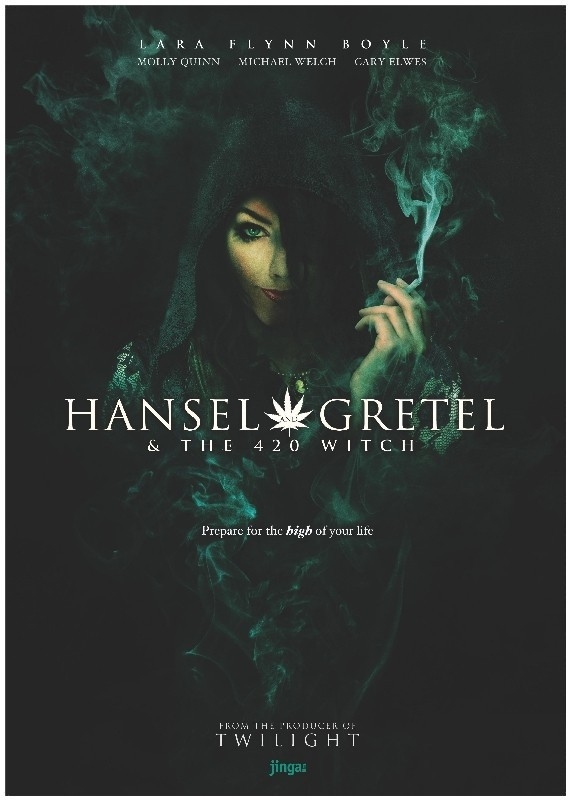 HANSEL AND GRETEL GET BAKED

If Hansel is straight-laced, it’s definitely not the case of his sibling Gretel. She’s a pothead and she likes her new weed, a particularly impressive strain of bud called Black Forest. Gretel gets the munchies and Ashton, her stoner boyfriend, is ordered to venture to Pasadena to score some more of this dope. Apparently, it is sold by a mysterious old woman, Lady Agnes, who has a great taste for baked goodies. This old lady has a secret though, as Ashton quickly finds out : after recklessly eating some of her ginger-bread house, he finds himself drugged and dragged down to her cellar. The old woman is in fact a witch who eats the flesh of the young, and then sucks the youth out of them and takes it as her own… until she gets hungry again. Produced by those who brought us Twilight, Hansel & Gretel Get Baked has no glittery vampires or werewolf lovers. Instead, it’s a horror meets stoner comedy in a humorous blend of action and gore : witches, zombies, cannibalism and a badass demonic Doberman, with a bitchy mistress played by Lara Flynn Boyle ( Twin Peaks, Poltergeist III, Men In Black 2 ) ! And the siblings ready for the oven are Molly C. Quinn ( from the TV series Castle ) and Michael Welch, famous for his role of Mike in… Twilight !