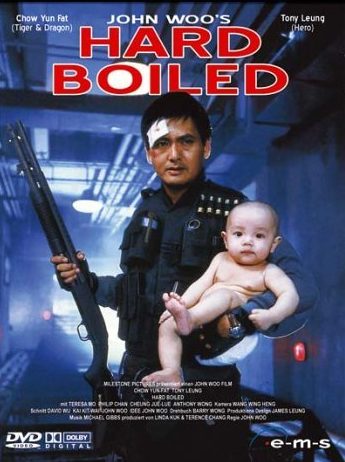 In 1997, Hong Kong seems prosperous and spared by the recession. In fact, the city is dangerous and rotten to the core. Gangs’ influence has become so important that they infiltrated every kind of profession. The police is almost completely corrupted, except for a small group of cops devoted heart and soul to the fight against criminals. The most determined among them is the inspector Yuen, ready to break the rules of his job to reach his ideal of justice. Yuen and his men go at dawn to a teahouse where a sale of clandestine weapons should occur. The policemen appear suddenly in the room, causing gunfire, during which several innocent customers and Yuen’s best friend, A-Lung, are killed. Shortly after, a young henchman named Tony kills a man in a library. Yuen investigates the crime and discovers that the victim was an expert in weapons, suspected of smuggling and terrorism. Tony is actually an undercover cop who infiltrated gangs. Yuen disapproves his methods, but both will have to cooperate.

Chow YUN-FAT (HONG KONG 1941, A BETTER TOMORROW, THE KILLER, ONCE A THIEF, NOW YOU SEE LOVE, NOW YOU DON’T), barely known in the West, has become a superstar in whole Asia: as he excels in the roles of villains, he won several awards in the Far East for his interpretations. In this film, he plays for the first time an honest police officer who fights for justice. HARD BOILED, written, and directed by John WOO (who works with Chow YUN-FAT for the fifth time), is a dark and extremely violent film, representative of the trend promoting the liberation and transgression of taboos and morality within the Asian culture and art.