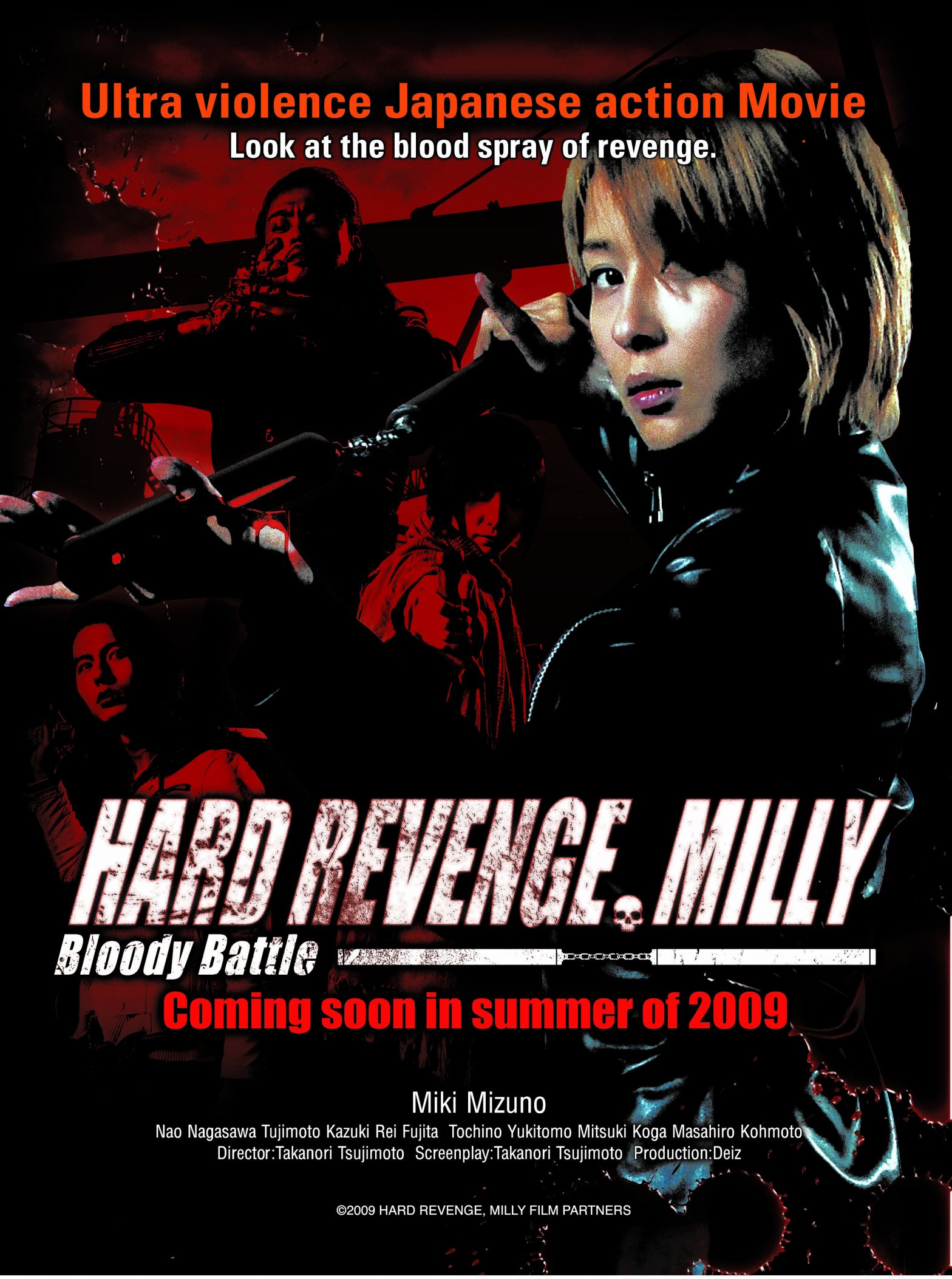 Uma “The Bride” Thurman and Mad Max Gibson are pleased to announce the arrival of their worthy heiress: her name is Milly and you’d better not try to pick a quarrel with her ! Left for dead after she witnessed the slaughter of her family by the Jack brothers, Milly is out for some biblical payback. Aware that the confrontation will be a bit tougher than a complaint deposit at a customer’s service, Milly didn’t skimp on the internal bodywork: riot gun barrel instead of a knee, retractable katana in the forearm and – the icing on the cake – pruning shears and a blowtorch where her breasts are supposed to be. She may never be able to cross an airport gate in silence again, but she knows now that the shortest way to win a man’s heart is to break trough the ribcage. Watch while our heroine cuts, hacks and slashes her way through two exciting expeditions full of mayhem and vengeance ( of course ! ). You’d better bring a towel along : it’s going to splash on the screen! Takanori Tsujimoto did obviously enjoy shooting this double bill about a pissed-off housewife who turns human flesh into sashimi with the help of lots of blood-red spurting pistons. The amazing fighting scenes in this ultra-gory fable owe a lot to the glamorous touch and fighting skills of Miki Mizuno (Milly in the movie, without the kitchen utensils in the chest). Special “bloody” effects are courtesy of Tokyo Gore Police director Yoshihiro Nishimura.