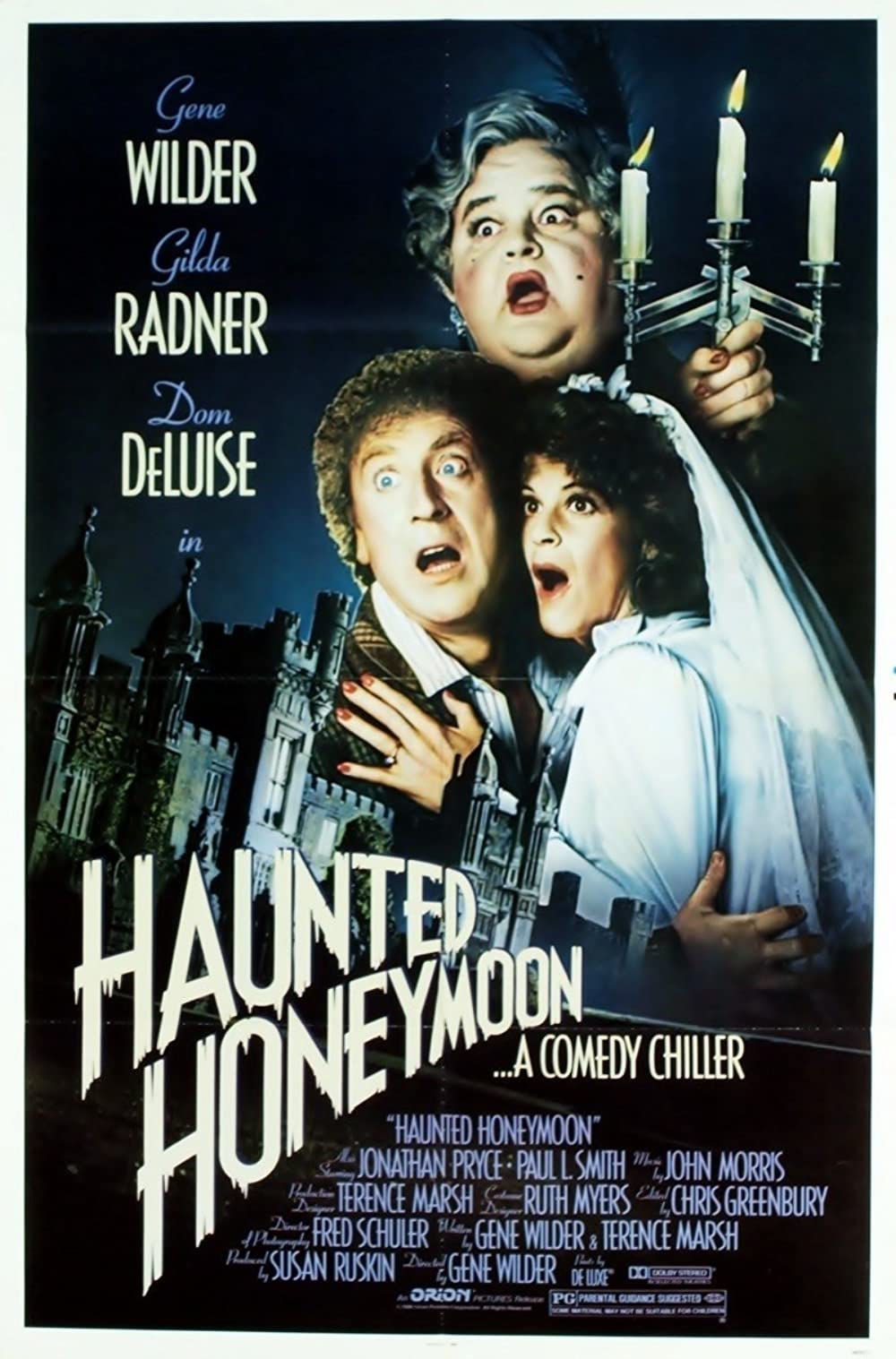 Larry Abbot and his fiancée, Vickie Pearle, are performing a thriller drama series on the radio, which knows a steady success through the USA. Very familiar with anxiety, Larry himself is quite the impressionable man, being neurotic and prone to many phobias.
In order to cure him and ensure that his marriage works, his uncle, Dr. Paul Abbot, has invented a daring shock therapy. He invites Larry and Vickie to spend their wedding night in the family castle and organizes in this tremendous, gloomy mansion a terrifying play destined to “scare his nephew to death”.
“Haunted Honeymoon” was co-written, directed and interpreted by Gene Wilder, who shouldn’t be introduced anymore… But let’s still mention “Young Frankenstein” for which he co-wrote the scenario with Mel Brooks and starred in, of course, “The Adventures of Sherlock Holmes’ Smarter Brother” which he wrote directed and starred…
In this movie, he meets again with the brilliant Dom De Luise (“The Producers”, “Le Cirque en Folie”) who stars as a particularly talkative housewife.