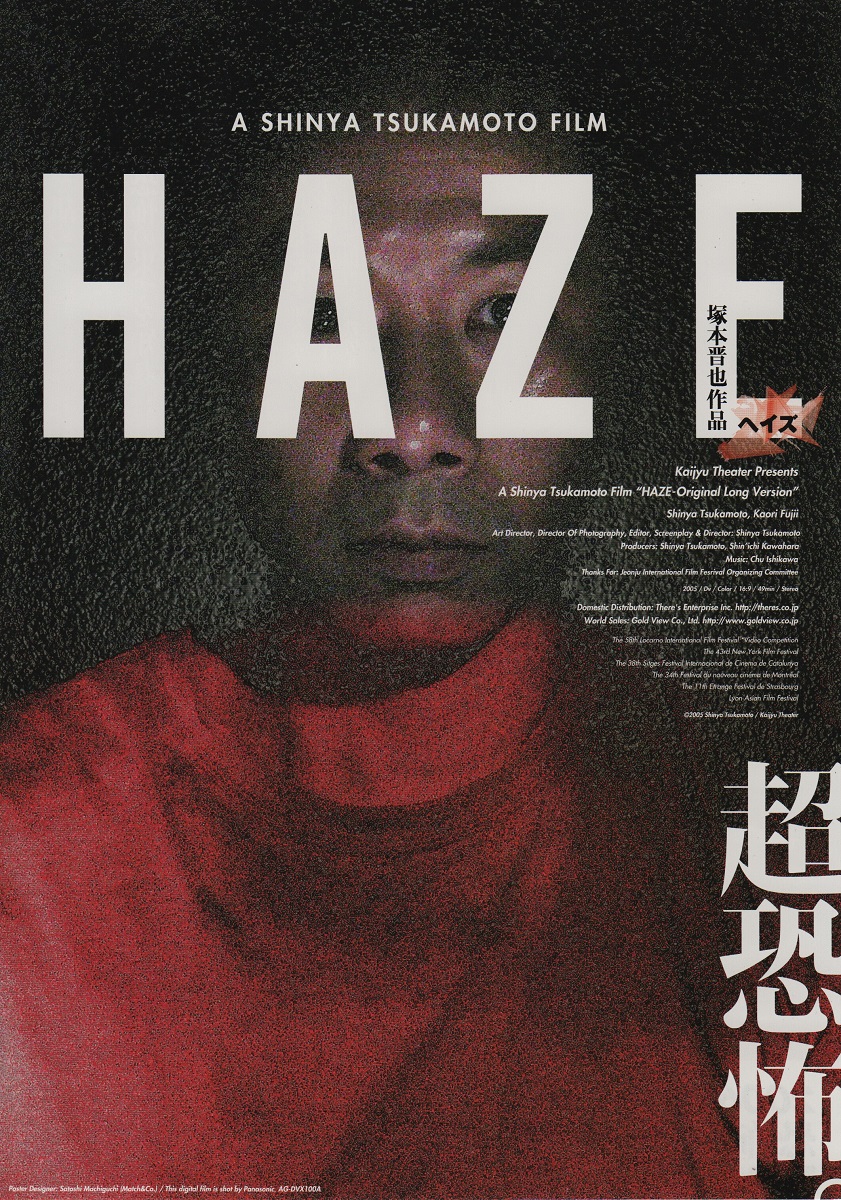 A man wakes up to find himself locked in a tiny, cramped concrete room, in which he can barely move. Why is he there and where did he come from? All he knows is that he has a terrible stomach injury and is slowly bleeding to death. He begins to explore the narrow confines of his prison and crawls around the maze-like room, only to see a horrible vision of hell waiting for him at each end of the room. Finally he gives up the struggle and collapses in exhaustion. Then he begins to remember images from his past. Clinging to these images, he creeps forward with the last ounces of his strength and meets a woman in a place that stinks of rotting corpses. They both try to recall where they came from, but their memories are so uncertain that they are not even sure they want to return. The man is ready to give up, but the woman insists on going forward. Neither of them can imagine the incredible end to the journey. Last year, Shinya Tsukamoto (Tetsuo I & II, Tokyo Fist, Snake of June) won our Silver Raven with Vital and played the lead in our Golden Raven Marebito. This year, he returns with Haze, an innovatively perverse, digitally shot middle-length feature that forces us to share the extreme claustrophobia and the mental and physical torture of the protagonist. As with most of his previous films, Tsukamoto writes, directs, edits and stars. Kaori Fuji, the heroine from Tokyo Fist, is the female lead. Chu Ishikawa’s score adds an aggressive beat to the film.