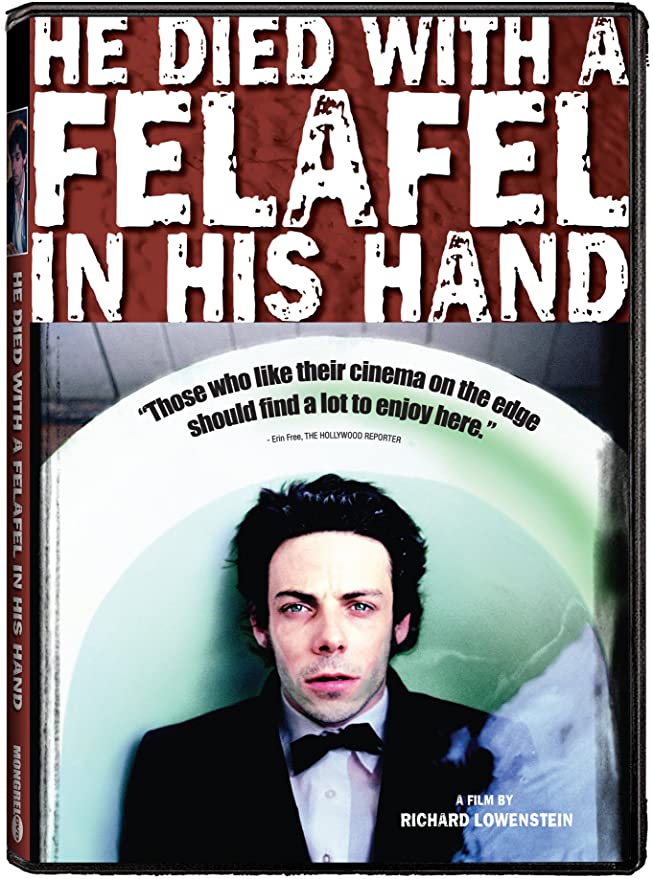 HE DIED WITH A FELAFEL IN HIS HAND

Danny, in his late twenties, is living in his 47th shared house. Trying to make sense of his life, he has decided to write the ultimate existentialist novel. It all starts in tropical Brisbane, with too many males and one tomboyish girl named Sam. The arrival of intense, free-spirited Eurobabe Anya gets Sam’s attention. Debt collectors, after months of unpaid rent, begin circling like vultures. When the house is trashed after a wild party, Danny decides it’s time to get out. He flees south to Melbourne. Sam soon turns up after falling out with Anya and promptly takes up where she left off with Danny. But the debts keep mounting and the cops in Melbourne have itchy trigger fingers. It isn’t long before Danny escapes to house number 49 in Sydney. Here he shacks up with self-absorbed bulimic actress Nina and fresh-out-ofthe- closet Dirk and Flip. Sam shows up and Danny’s life seems to have regained a certain nervous equilibrium, until Anya reappears to send it teetering again. He Died With a Falafel in his Hand is an irresistible youthful comedy about love and other catastrophes, infected with a touch of black humour, by Australian writer-director Richard Lowenstein. The film stars the ever-loveable Noah Taylor (Shine, Almost Famous) as struggling writer Danny. Lowenstein, the creator of the 1986 cult flic Dogs in Space, follows his lead actor through a series of encounters with increasingly strange characters like Sam, played by Emily Hamilton (Haunted) and Anya, a part by Romane Bohringer (Savage Nights, Tom Thumb).