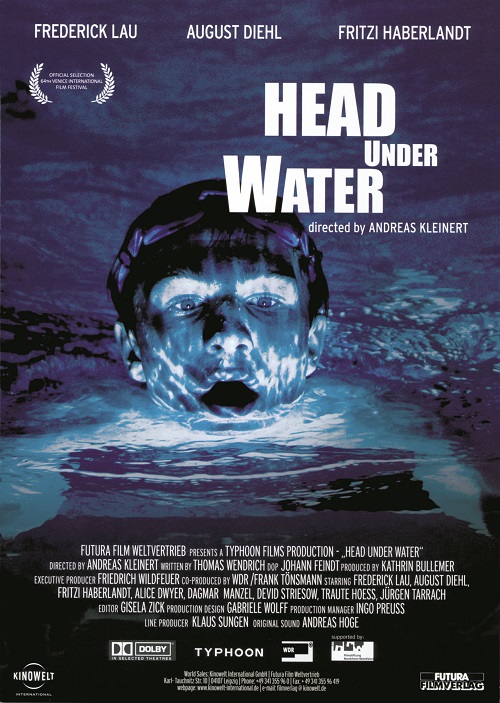 Rico Bartsch is a loner. He’s not successful with girls, nor is he athletic. His limited sense of hearing makes him live in his own world. Whenever he’s fed up with his environment, he just switches off his hearing aid. One day, his classmate Robert Greiner dies because he has eaten a poisoned éclair. Rico does not care, since he hated Robert, who used to bully him as well as the teachers. However, when it turns out that the intended victim was not Robert but Rico, he becomes the center of attention. Who has a reason to kill Rico ? Although his fellow students are repeatedly interviewed, there’s no clue. Head Under Water starts out as a small town murder mystery, but then enters more darker and Kafkaesque grounds. The first feature by German helmer Andreas Kleinert since his well-received 1999 drama Paths in the Night, carries a strong message. According to him; “You cannot survive in this world if you are good. Everyone has a dark side that we don‘t reveal because of social conventions. And in life, you have to compromise certain parts of your soul to fit in, until you ultimately lose all that is good.” Shot in saturated colors that create an unreal atmosphere, Head Under Water is as well a surreal black comedy as a macabre thriller.