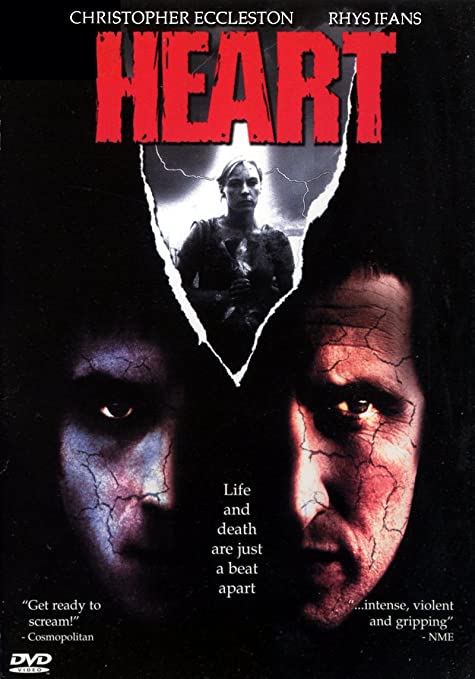 Maria is found in a graveyard, covered in blood and with a human heart in a bag. She begins to tell the police what has happened. She takes us back to an argument between Gary, a successful, working class business man, and his wife Tess, a television producer. Gary has followed Tess to a house where he believes she is sleeping with a writer, Alex. Fuelled by obsessive jealousy, Gary’s repressed anger triggers a violent heart attack. He survives but is forced into a wheelchair. Tess takes the opportunity to start a sexually driven passionate affair with Alex. A desperate Gary still wants to win Tess back and believes a heart transplant can save his marriage. Tragedy offers him hope when Sean, a 17 year old, is killed in a road accident caused by a drugged driver. Sean’s mother, Maria, agrees to allow his heart to be transplanted and Gary is the recipient. Tess walks away from the fantastic sex she is having with Alex to be with Gary. As he regains his strength and tries to repair his marriage, Maria is left alone with her grief and memories. But emotions are bubbling under the surface. They will consume these four people in a blaze of obsession, jealousy, desire and vengeance.
Heart, a tense thriller where life and death are just a pulse apart, was created by director Charles McDougall and writer Jimmy McGovern. McDougall made his screen debut with Arrivederci Millwall for the BBC. He went on to make Cracker, followed by the highly acclaimed Bafta award winner Hillsborough. McGovern, who worked together with McDougall on Cracker and Hillsborough, is also the writer of Hearts and Minds, The Lakes and Antonia Bird’s controversial Priest. Christopher Eccleston (Shallow Grave, Jude, Elizabeth), one of Britain’s most respected actors, plays Gary. Tess is a part by Kate Hardie, best known for her performances in Neil Jordan’s Mona Lisa, Peter Medak’s The Krays and Antonia Bird’s Safe. Sakia Reeves (Butterfly Kiss, Close My Eyes) is Maria and Alex is played by Rhys Ifans (Twin Town).