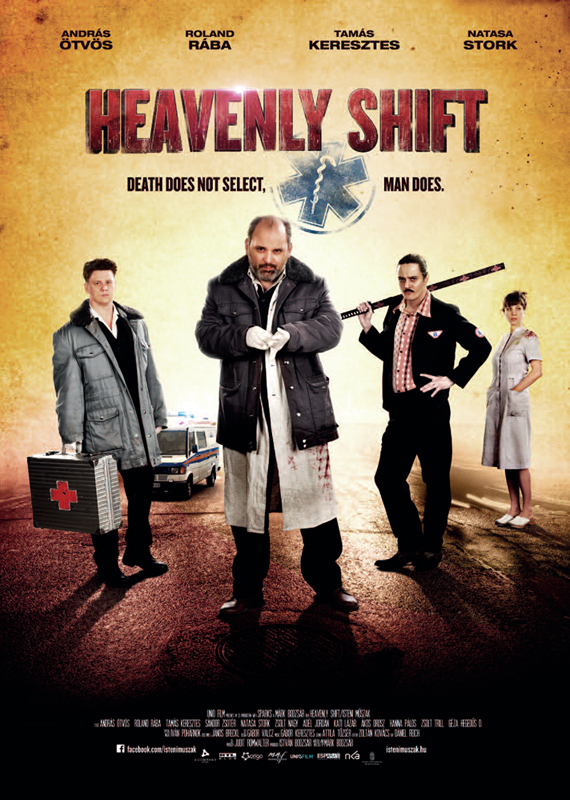 Half Serbian, half Hungarian Milan deserts from the Croatian army in 1992, the second year of the Yugoslavian civil war, and escapes to Hungary. As a former medical student, he finds a job as a paramedic in Budapest. Milan has two colleagues in his ambulance: Kistamas, the driver and Doctor Fek, the chief of the paramedic crew. It’s a cold shower for the young enthusiastic and conscientious Milan when he realizes that his companions sometimes decide the fate of their patients. While they are saving lifes, they also allow old people or the mortally ill to die or even help death a hand. Milan discovers that there’s a lucrative business side to the illegal euthanasia events taking place in their ambulance. As he needs money to smuggle his girlfriend out of Yugoslavia, he makes a deal with Histamas and Fek. Milan becomes more and more involved in their schemes until there’s no way back. Heavenly Shift, the long feature debut of Mark Bodzsar, is an inventive, grotesque, absurd and bloody comedy about corrupt paramedics in the post-communist Hungary of the early nineties. Milan’s descent into the tragicomic underworld of illegal corpse dealers teems with weird characters and events. The influences of Tarantino and the Coen brothers are more than apparent in this future Hungarian cult classic!