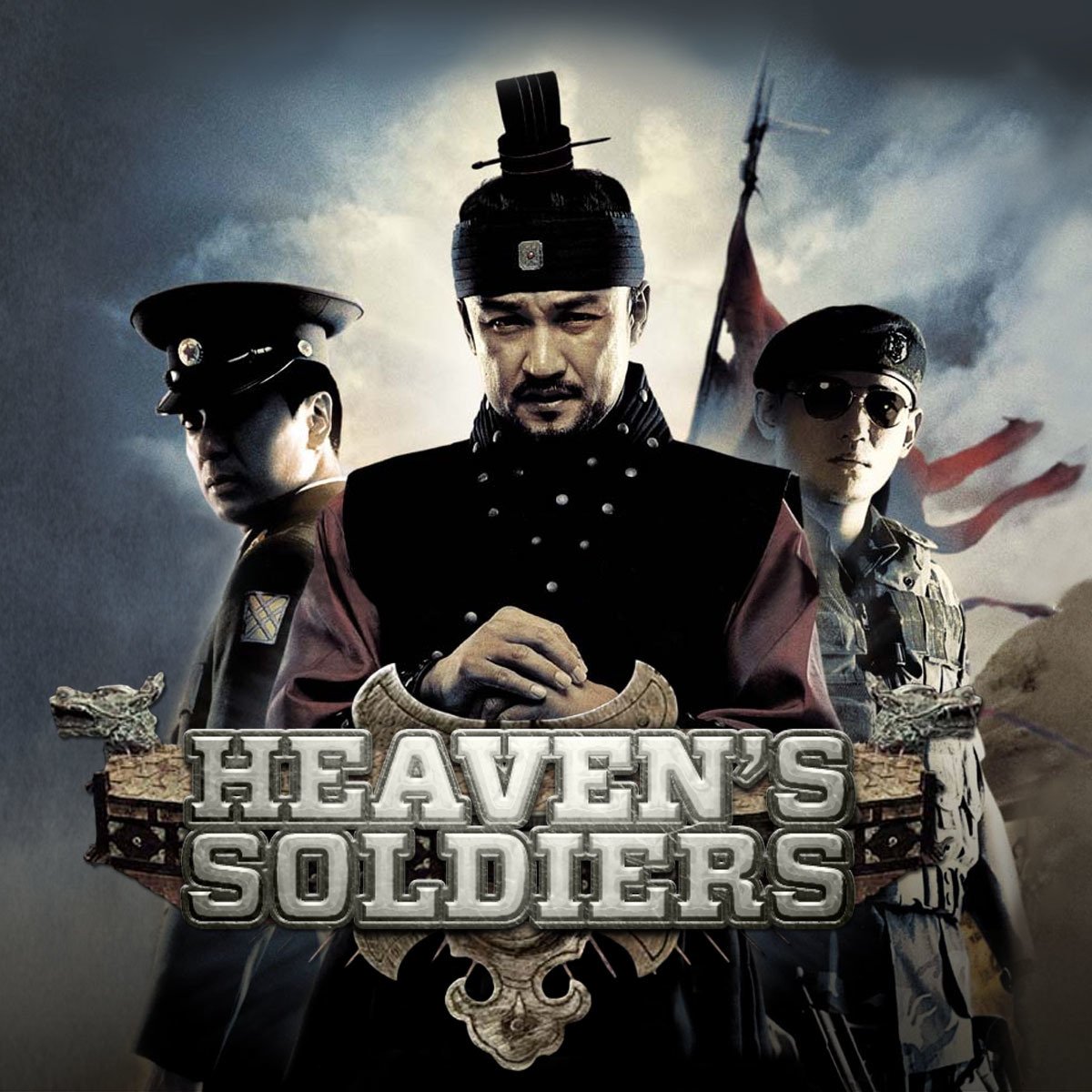 The present. A nuclear missile, jointly developed by the two Koreas, has to be handed over to the US. Kang, a dissatisfied North Korean officer, kidnaps South Korean nuclear physicist Su-yeon Ki, takes the nuke and escapes. Just at that very moment, a massive comet, the biggest in 433 years, passes over the Korean peninsula. Suddenly, Kang and his men, together with Major Park and his team, their pursuers, are swept up by a whirlwind and vanish without a trace. After the wind dies down, they find themselves in the middle of a battlefield with arrows and axes flying over their heads. Instinctively, they pick up their modern weapons and scare the combatants away. Soon, word spreads across the land about heavenly soldiers who have come to save the people. They have travelled back in time to 1572 at the most defining moment in Korean history. With Heaven’s Soldiers, Korea gives us its answer to Back To The Future. Debut writer-director Joon-ki Min swings easily between broad comedy, spectacular action scenes and intense melodrama. He plays with our expectations at every opportunity and delivers many subtle jabs about the absurdities of the division between the two Korea‘s. With Hyu-jin Kong (Memento Mori, Volcano High) as Su-yeon Ki, Jungmin Hwang (A Bittersweet Life) as Major Park and Jong-hoon Park (Nowhere to Hide) as the legendary Soon-shin Lee, the man who united Korea against the Japanese invaders.