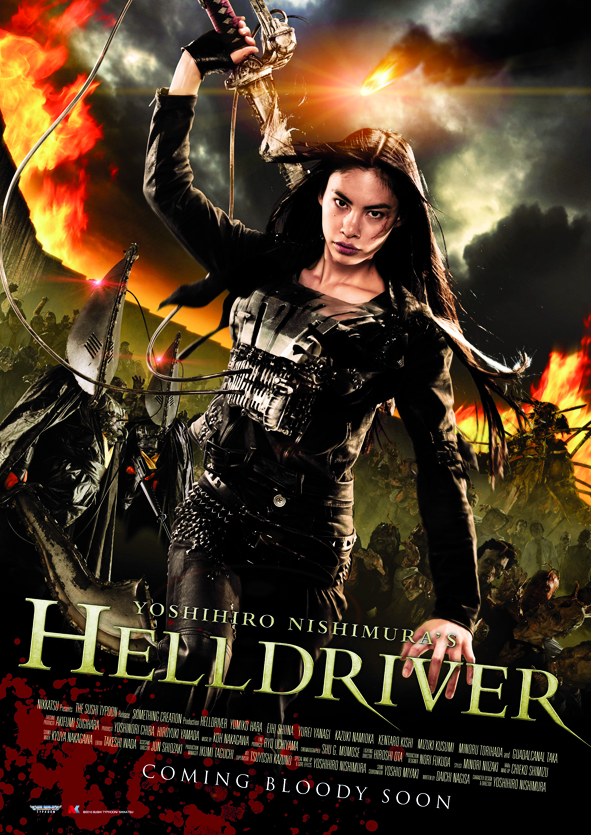 An alien-spawned, mysterious mist blankets the northern half of Japan, transforming those who inhale it into ravenous, flesh-eating zombies hell-bent on devouring the surviving human population. Plunged into chaos, Japan is torn in two – the southern half of the country, where the populace remains untouched by the deadly gas, lives behind a heavily-fortified wall, while the northern half is a lawless, zombie-infected wasteland. Political forces are locked in a stalemate over whether the living dead should remain protected as family members or exterminated like a plague. The economy withers away, and all hope seems lost for the people and the nation of Japan. Hope arrives in the form of Kika, a beautiful high school girl armed with a chainsaw sword powered by an artificial heart. Recruited by the government, Kika leads a ragtag group of desperados on a secret mission into the zombie-infected wilds to exterminate zombie queen Rikka and put an end to the plague of the living dead. But the road is fraught with a thriving zombie culture that, with its own designs on the living half of Japan, refuses to lay down and die. Anybody who’s familiar with the movies of special effects wizard and splatter godfather Yoshihiro Nishimura, will not be surprised when we say that the above synopsis is merely the beginning of the movie. Nishimura astounded everybody in 2008 with Tokyo Gore Police and is almost solely responsible for all the bloody sfx mayhem in the genre (Machine Girl, Robogeisha, Hard Revenge Millie…). Last year, we had a bloody good riot with Vampire Girl vs Frankenstein Girl. But this year Nishimura himself will introduce us to his most ambitious project to date. Helldriver is a non-stop splatter opera, a true endurance test for the senses, with record breaking quantities of blood, flying limbs and legions of zombies.