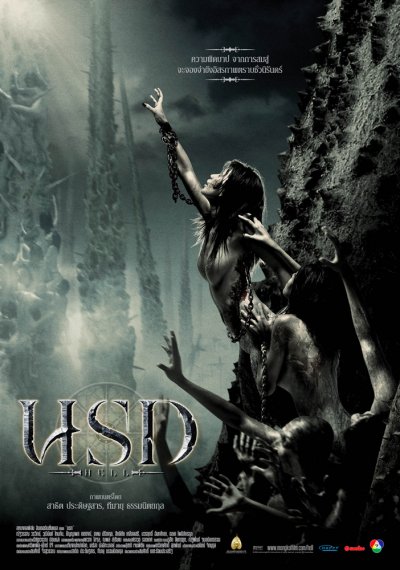 A production crew from a Bangkok advertising agency has been driving through the night to reach their destination before their deadline ends. Little did they know that the word “deadline” was going to leave an everlasting impression on their souls. Late at night after many hours of driving, Lae, a precocious man with a voracious sexual appetite, is involved in a head-on collision with a large truck. All seven occupants of the van believe they have escaped the terror until they step out and find themselves in the middle of a dark and dissolute world full of demons, pain and torture. Their fate now rests with Art and Ja, members of the production team who find themselves in Hell before their time is due. Whether it is called Inferno, Purgatory, Hades, the Netherworld or the Underworld, the concept of Hell has struck fear and terror into generations of people from every corner of the globe. The Thai film Hell has painstakingly recreated the harsh, inhabitable conditions of one of the most violent and sadistic versions of man’s most dreaded destiny, the Buddhist Hell. The film, which should get an Oscar for infernal set design, reminds you of the audacity of the cinema from the 70ties, when directors were not afraid of any taboos and used their limited means to create rich and credible universes for maximum effect.