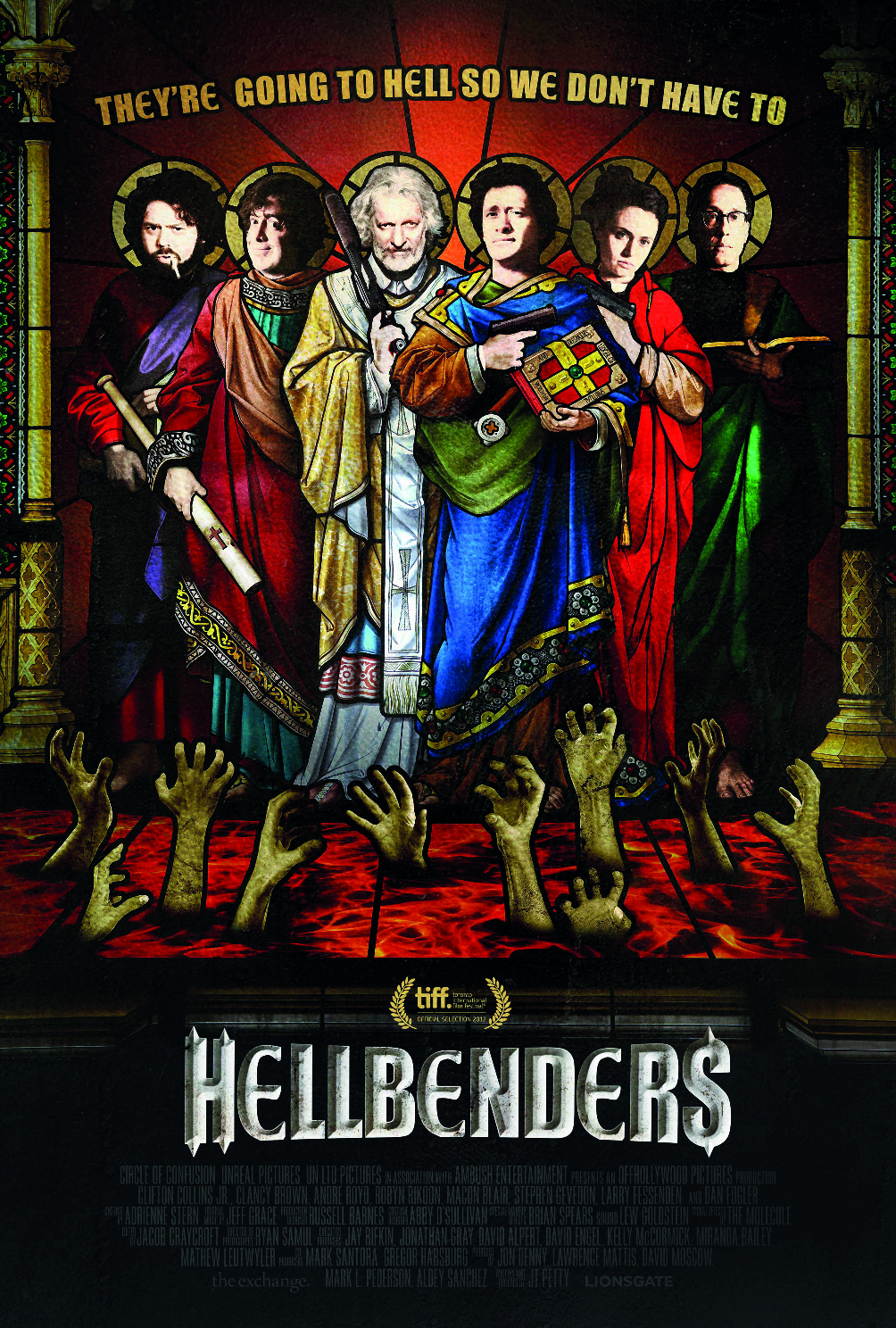 The Augustine Interfaith Order of Hellbound Saints is the last line of defense against Hell’s champion demons. They implement the “nuclear approach” to exorcism by inviting possession and then committing suicide in order to drag the demon back to Hell. However, to be a candidate for possession, a person needs to be as far from a state of Grace as possible. To ensure that they are damnation-ready twenty-four seven, the Hellbenders live by a strict code of constant debauchery and mandatory practice of Cardinal Sins : wrath, greed, sloth, pride, lust, envy and gluttony. The Brooklyn Parish of Hellbenders has six members, lead by the cantankerous Lutheran Angus and is composed of the clever but undisciplined Larry, cynical Unitarian Elizabeth, New Age Southern Baptist marshmallow Macon, officious and sincere Catholic Stephen, and joyless Polish Catholic pessimist Eric. And this time they’ll have to take on a demon who threatens to destroy all life on Earth, which means a strict training regime of sex, booze and drugs ! J.T. Petty is back! After The Burrowers ( 2008 ), he has decided to adapt his own graphic novel for the big screen, which will undoubtedly offend many a sanctimonious soul. Delightfully incorrect and disturbing, Hellbenders is the perfect mix between horror-comedy and offensive humor, starring a few holy bastards we hold in high esteem at the BIFFF : Clancy Brown ( Highlander, Starship Troopers, John Dies at the End ) and Clifton Collins Jr ( Star Trek, Pacific Rim ).