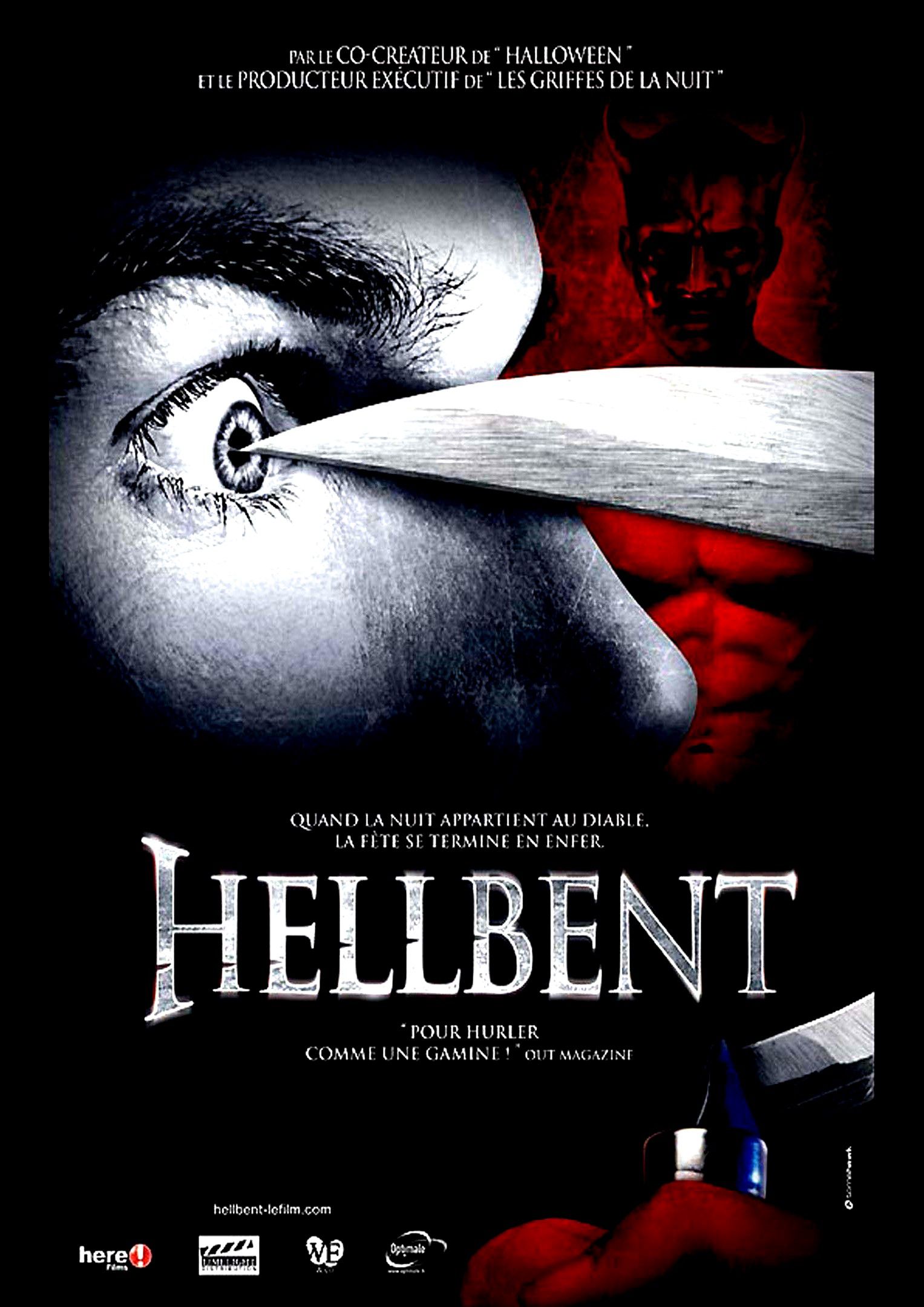 A randy gay couple falls victim to a seemingly unstoppable killer, a bare-chested, bodybuilder type wearing a horned mask and wielding a scythe. The gruesome discovery of their headless bodies in a park adjacent to West Hollywood unnerves Eddie, who works a desk job at the local police precinct. While pasting flyers about the murders around West Hollywood, Eddie locks eyes with tattooed, biker boy Jake, but nothing much comes of their initial encounter. Later, dressed in his late father’s police uniform, Eddie hooks up with his roommates to attend the Halloween street fair. While Chaz is a fun-loving party boy, Joey is a shy, insecure type pining for some dreamboat. Rounding out the foursome is Tobey, an underwear model in full-on drag. To kick off the festivities, they decide to visit the crime scene. Once they hook up with Jake, a bloody night of terror begins, with the killer picking them off one by one. And now for something completely different: the first gay slasher film. Set against the Mardi Gras-like backdrop of the West Hollywood Halloween street fair, Hellbent is a wonderful genre-bending exercise by writer-director Paul Etheridge-Outzts, who simultaneously celebrates and defies gay stereotypes. The film benefits from a clever script with well-written characters we actually care about, a heady mix of fun, scares, heart and gore and a refreshingly dirty soundtrack.