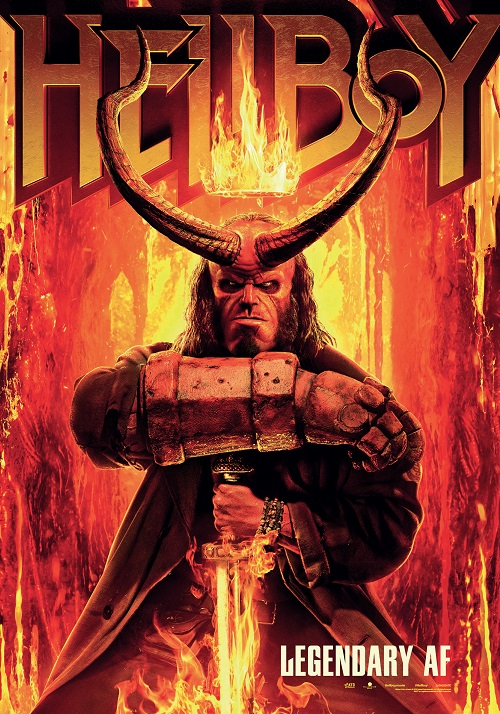 A demon father, a human mother, a childhood in Hell and nicknamed “Hellboy” by his adoptive father, professor Bruttenholm. In short, this guy’s not easily impressed. But years of brawling against the forces of evil have taken its toll, and Hellboy would like to have a break. But that holiday will have to wait. Uncle Bruttenholm gently knocks on the door with a new assignment. Hellboy’s presence is urgently requested in England where he has to face Nimue, the Blood Queen. She’s a mighty sorceress who wants nothing less than the total destruction of the Earth. After the craziest rumors on the internet and the freewheeling opinion of purists who will only settle for Perlman & del Toro, Neil Marshall (THE DESCENT, DOOMSDAY, DOG SOLDIERS) has surprised everyone by unleashing a truly jaw-dropping trailer on the world! This reboot combines two of Mignola’s comics (“The Wild Hunt” and “The Storm and the Fury”) and is the only HELLBOY with an R-rating (no kids allowed, not even under the seats). Get ready for an epic battle between David Harbour (STRANGER THINGS, SUICIDE SQUAD) and Milla Jovovich (RESIDENT EVIL)!