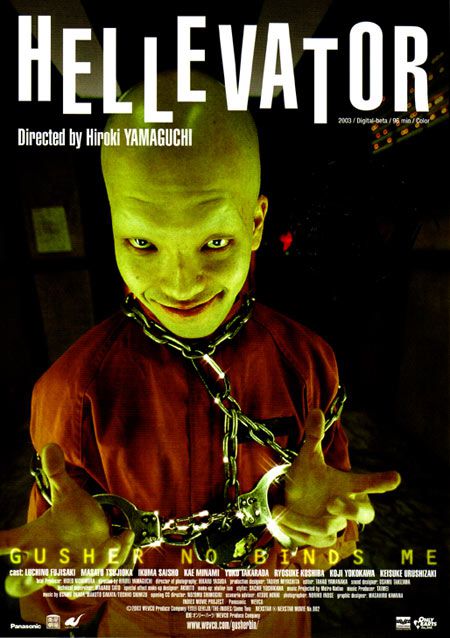 Teenage schoolgirl Luchino Fujisaki hasn’t attended class in months. Today, she’s heading back. Luchino lives in a vast, underground complex, consisting of hundreds of towns stacked one atop the other, connected by a network of giant elevators. She boards one and it passes floor after floor, taking on a variety of passengers. Luchino shares her ride with an oddly robotic lady conductor, a silent hipster in shades and headphones, a nervous professor and a woman with a baby carriage. The elevator makes an emergency stop at level 99, where a sadistic police officer boards with his prisoners, two brutal sex killers eager to resume their evil ways. A sudden explosion blocks the elevator between floors. The closed environment becomes a box of terror for Luchino and the other passengers. The ensuing chaos triggers hidden traumas and forces Luchino to use her telepathic abilities to tune into the hidden truths of her fellow commuters. Hellevator is the first feature film of exiting new talent Hiroki Yamaguchi. Hellevator began as a project in 2000 and was largely made outside the Japanse film industry. Working with a staff composed mostly of student volunteers and sets created almost entirely out of industrial scarp metal, Yamaguchi has conjured up a unique piece of abstract, psychologically charged sci-fi horror. It’s a demonstration of what independent film can be and how far it can be taken.