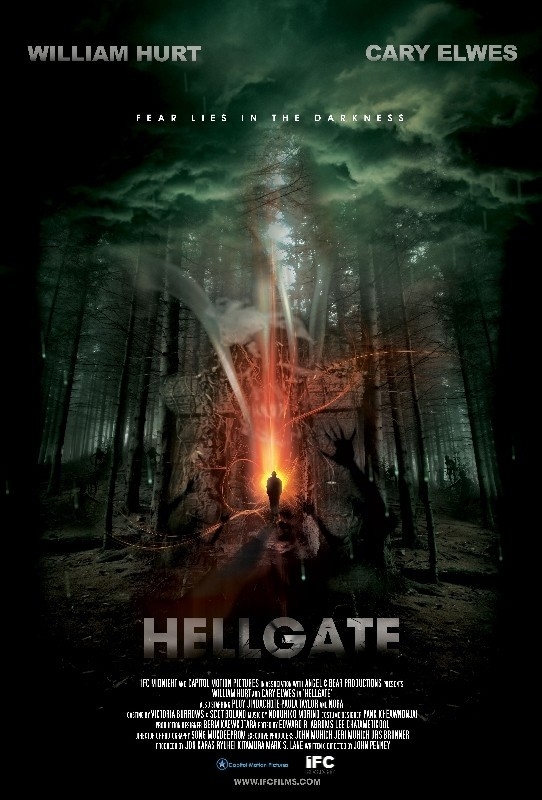 British businessman Jeff is in Thailand with his Thai wife and young son for a holiday with his in-laws. On the way to the hotel, their car is involved in a lethal accident. His wife and son do not survive the crash, while Jeff remains in a coma for weeks. When he wakes up, he feels empty and broken. Jeff blames it on the loss of his loved ones, but there’s more going on. He’s continuously haunted by visions of people who died in violent ways. When the dead also become capable of touching and hurting Jeff, he seeks help from Warren, a traumatized expat with supernatural powers. When the accident occurred, Jeff’s soul got torn in two. One part is in the real world. The other half is trapped in another dimension, where cannibalistic demons are laying siege to the souls of his wife and son. Only an extremely dangerous ritual can make Jeff whole again and give his loved ones eternal peace. Cary Elwes ( The Princess Bride, Saw, Shadow of the Vampire ) as Jeff and William Hurt ( Altered States, Smoke, Dark City ) as Warren, are the leads in this remarkable Asian-Western horror hybrid, directed by John Penney ( Return of The Living Dead III, Legend of the Mummy, Magic ). Hellgate fully exploits its exotic locations to frame its emotional story of loss and redemption and is generously stuffed with lots of J-horror shocks and thrills.