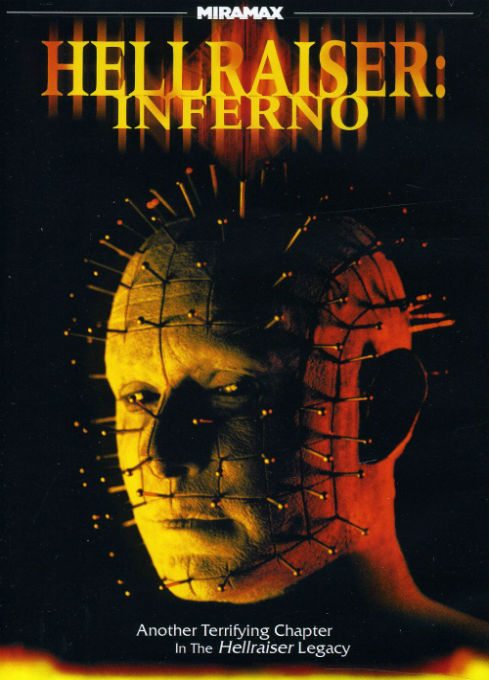 Joseph, a Los Angeles detective, awakens one day to discover that he is no longer living in the city of Angels but in Hell. After desperately trying to escape, he learns that the only way out is to use a puzzle box, which is in the possession of the evil and terrifying Pinhead. With everything at stake, Joseph must stop at nothing to gain possession of the box. Hellraiser V : Inferno is an adrenaline-pumping tale of one L.A. cop’s ultimate nightmare by director Scott Derrickson and screenwriter Paul H. Boardman, the team behind Urban Legends II : Final Cut. In this 5th film of the series, based on Clive Barker’s The Hellbound Heart, new cenobites are introduced and the mystery of the lament configuration box is further explored. Derrickson directs with a keen eye for detail and infuses the series with some fresh, richly flowing blood. Craig Sheffer (Nightbreed, A River Runs Through It, The Fall) plays Joseph. He’s assisted by James Remar (The Long Riders, 48 Hours, Drugstore Cowboy), Nick Turturro (Mo’ Better Blues, Jungle Fever, Shadow Conspiracy) and, of course, Doug Bradley as Pinhead.