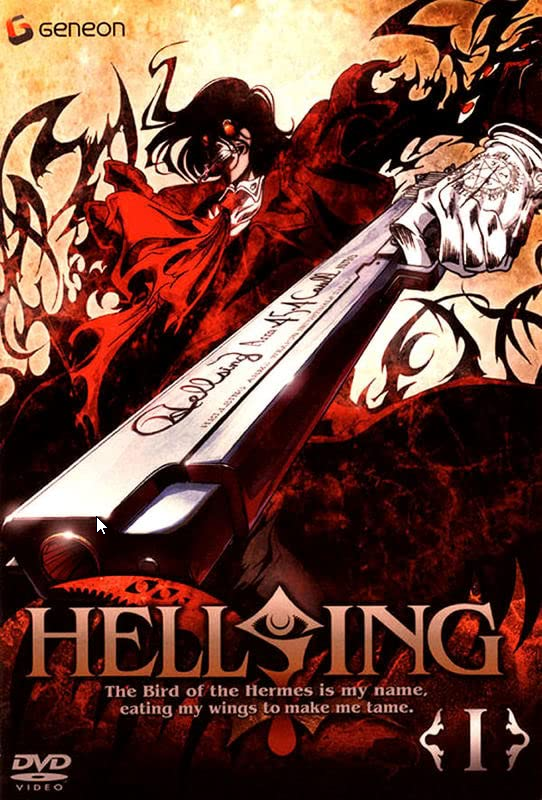 For over a century, the Hellsing Organization has been secretly protecting the British Empire from the undead Freaks. When Sir Integra Hellsing succeeded as the head of the organization, she also inherited the ultimate weapon against these undead enemies, a rogue vampire named Arucard. Armed with an enormous “antifreak” gun and possessing mysterious and frightening powers, Arucard is forced to shoot Seras Victoria, a policewoman held hostage by a vampire. “Do you want to live?” he asks Seras, whose very answer changes the course of her existence. Now reborn as Arucard’s servant, Seras is torn between her conflicting humanity and her vampire urges… This new adaptation of the famous manga by Kouta Hirano, produced by studio Satelight ( Ajurna ), promises astounding animation and a dark atmosphere, which stays more true to the original comic. Ad adventure to put your teeth in !