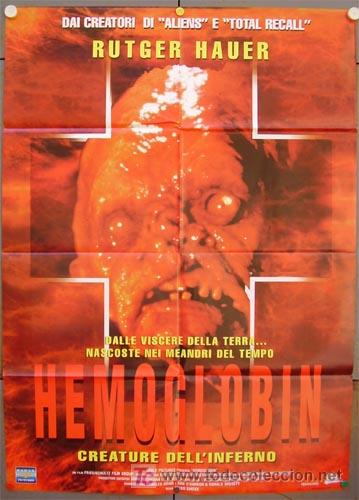 Three centuries ago, in the age of Vermeer, the consumptive, hedonistic beauty, Eva Van Daam, has taken her own twin brother as her lover. Ostracized from Holland, the Van Daams flee to a remote, craggy island off the coast of Maine, to which we are introduced in the present through the beautiful Kathleen and her husband, John. They have journeyed to the island of John’s birth in a desperate attempt to find a cure of the blood disease that is killing him. When John has a seizure, Kathleen rushes him to Dr. Marlow, the only doctor on the island. Reluctantly, the doctor gets drawn into John’s case and the enigma of the island. He discovers that John might be related to the infamous Van Daam clan…
In the grand tradition of such fantasy classics as The Island of Dr. Moreau and the Time Machine, the creators of the modern sci-fi blockbusters Alien, Aliens and Total Recall have crafted a chilling tale of human evolution gone horribly wrong. Peter Svatek (Witchboard III, Contagion 2009) directed Rutger Hauer (Blade Runner, Ladyhawke) as Dr. Marlow and Roy Dupuis (Screamers) as John.