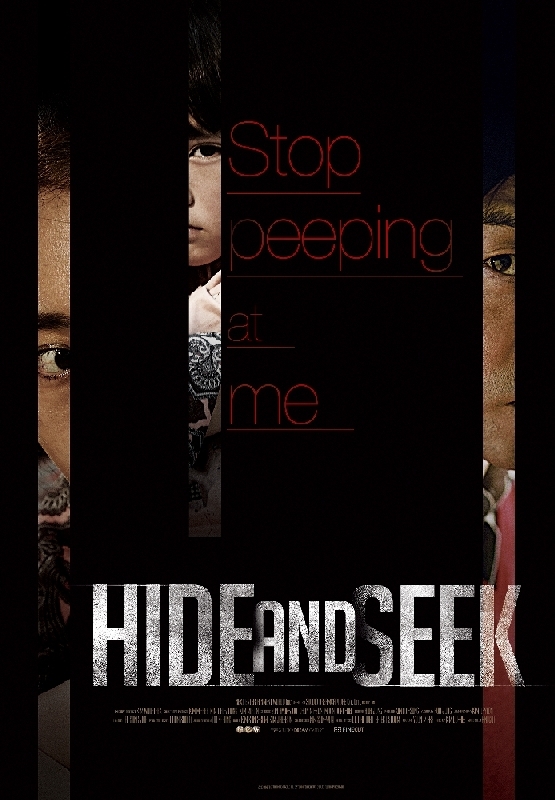 HIDE AND SEEK by Huh Jung

Sung-soo has everything that a man would want; a big inheritance; a pretty wife and healthy children, a luxury apartment and a fancy car. But in truth, he suffers from insomnia and obsessive compulsive disorder. One day, he hears that his estranged brother, Sung-chul, has gone missing. Feeling guilty and somehow responsible, he visits his brother’s apartment despite the fact that he has kept Sung-chul’s existence from his family for a very long time. The shabby half empty apartment complex has strange symbols inscribed under the door bells. There are rumors that some bizarre people have squatted in the empty flats. And neighbors go paranoid when asked about his brother. Ever since they returned home from the trip, a feeling of dark uneasiness linger around the family. Strange things start to happen. His house key disappear, someone tries to break in when only his children are at home. Then the same symbols appear engraved under his doorbell. With his family quivering in fear, Sung-soo’s compulsiveness and nightmares get worse. Hide and Seek, the feature debut of young Korean director Jung Huh is a tense mystery thriller. Huh plays with and manipulates gene conventions such as a threatening atmosphere, psychological deviations, false leads, horrible family secrets and sudden plot twists ( just to name a few ) and concentrates them in 107 nerve wrecking intense minutes.