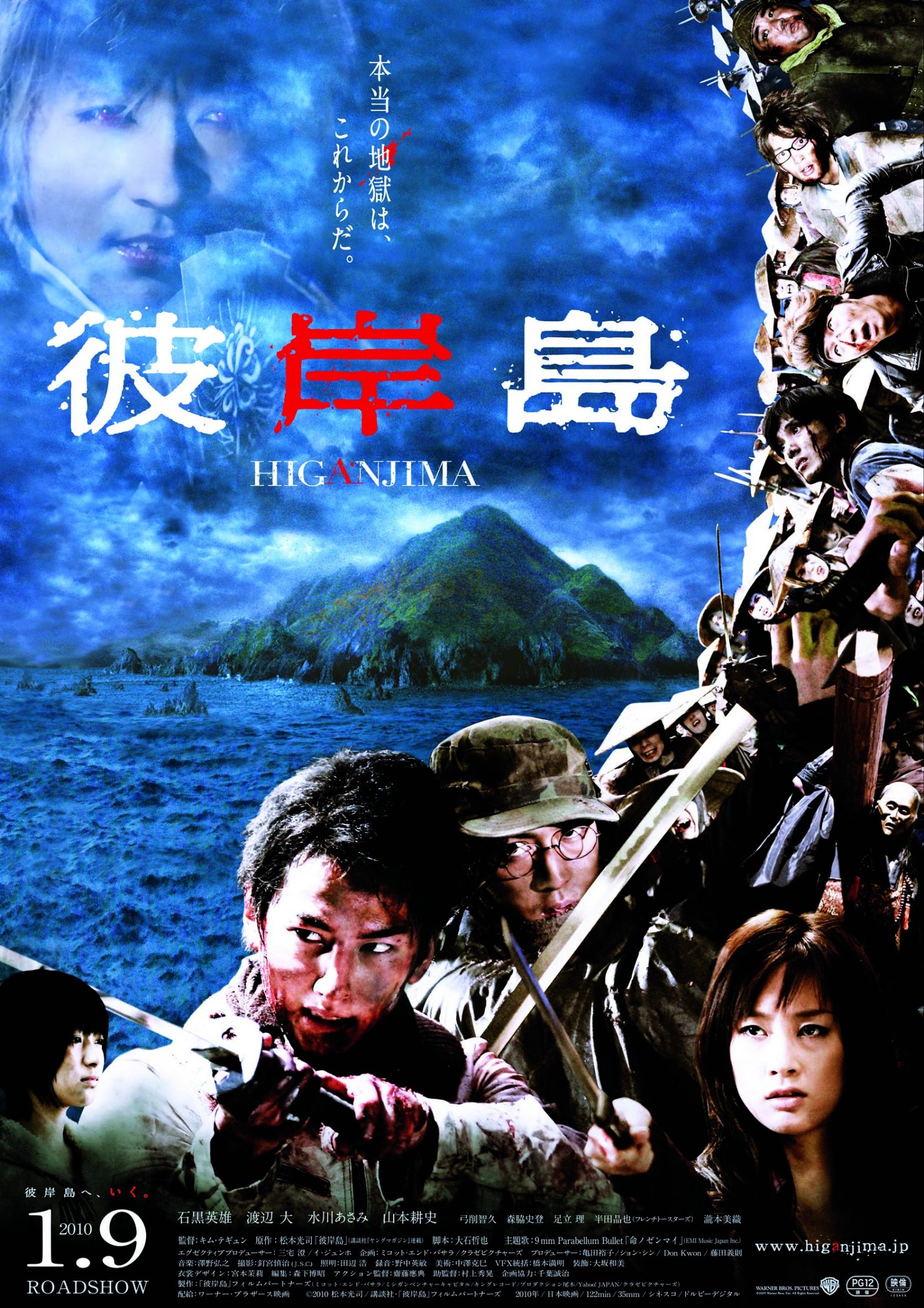 Higanjima is a lovely island off the coast of Japan. Once the mist is gone, it reveals its natural treasures, its humid and temperate climate, its abundant vegetation made of red lilies and steep mountains. As for its fauna, it’s simple : it’s infested with vampires. Anyway, after a mysterious stranger convinces Akira that his older brother is still alive and that he spends his afternoons nailing bats to the island’s firs, he decides to bring him back with the help of his friends! Good thing he’s not alone because once they arrive on Higanjima, they’ll have to yank out lots of canines to prevent from ending up as involuntary blood donors. Adapted from Koji Matsumoto’s eponymous manga ( that counts 27 volumes in total ) including 18 translated in french, Higanjima is a trashy survival story that reminds us Fukasaku’s Battle Royale, except that here the enemies are literally armed to the teeth ! To be faithful to the original, Korean director Kim Tae- Kyun had the good idea to hire scriptwriter Oishi Tetsuya, the successful craftsman of… Death Note, Audience Award at the BIFFF 2007.