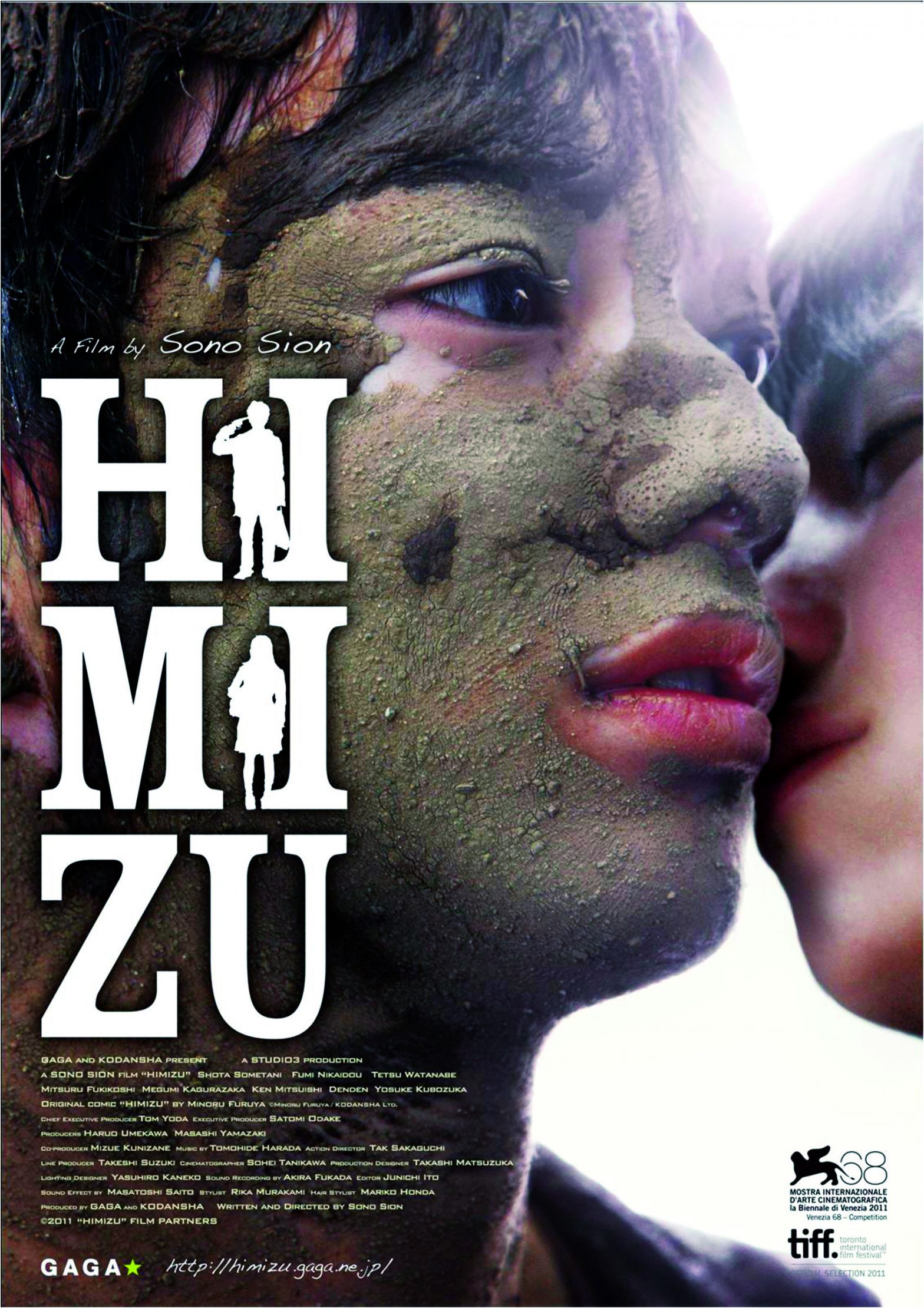 15-year old Sumida’s only ambition is to lead a normal life. And that’s not something easy to aspire to in post-Fukushima Japan. His mother ran off with her lover, leaving Sumida alone in charge to run the family’s boat rental business. His alcoholic, gamblingaddicted father regularly passes by to steal money and to beat up Sumida. He also tries to convince his son to kill himself, so that daddy can pay his gambling debts with his life insurance. On top of that, Sumida receives an extra beating from the yakuza that are after his father. Luckily he has a soul mate. His attractive classmate Chazawa is secretly in love with him. Her parents have built a gallows at home and beg her to hang herself so that she can no longer be a burden to them. Sumida and Chazawa seem to be destined for one another, but the world conspires to keep them apart. Teenage romance drenched in violence against a backdrop of chaos and destruction… sounds like a Sion Sono movie ! Just before the director of Suicide Club, Love Exposure and Cold Fish wanted to start filming this adaptation of Minoru Furuya’s popular manga, Japan was struck by the Tsunami of March 2011. Sono rewrote everything and made the catastrophe an integral part of the film. Himizu is one of those movies that defy classification, with its mix of teenage angst, melodrama, explosions of shocking and surreal brutality, images of apocalyptic poetic beauty and a bittersweet ending. The two young leads, Shota Sometani ( Sumida ) and Fumi Nikaidou ( Chazawa ) rightly deserved the Marcello Mastroianni Award for New Young Talent at the latest Venice film festival.