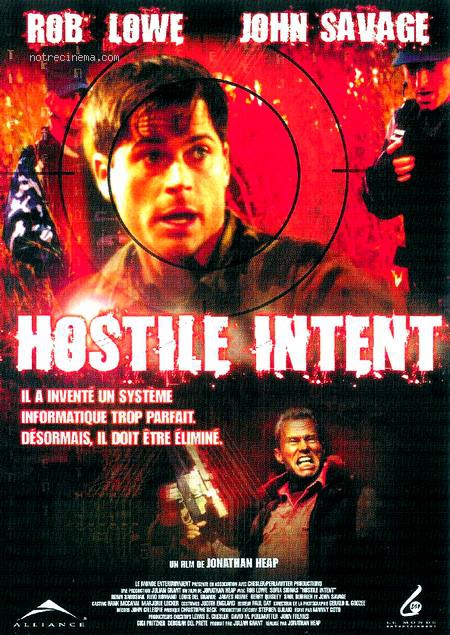 Mike Cleary and his team of computer programmers have developed the software of the century. The Guardian System is a multiple platform air tight security system. An encryption program capable of protecting any information stored on a hard drive from the world’s most skilled hackers. To celebrate the completion of this new program, Cleary joins his team for a weekend of wargames in the woods of Northern California. Utilizing state-of-the-art paintball rifles, Cleary’s team competes with a rival software company lead by Cleary’s old boss and nemesis Gordon. The goal, to take out the enemy and capture their base. But the games turn deadly when members of Cleary’s team are killed by real assault rifles. At first, Cleary suspects foul-play from Gordon, who is threatened by the implications of The Guardian System. But it soon becomes horrifyingly clear that both teams are under fire from a common enemy. It doesn’t take long before Cleary realizes there is a government conspiracy. Once functional, the Guardian System represents the single largest threat to the CIA’s operations, a worldwide lock on all private information. Led by Adams, a covert division of the CIA is fighting back before the software becomes available on the market. Adams is under strict instructions by CIA superior Kendall to erase Cleary and The Guardian System with “extreme prejudice.”
Director Jonathan Heap made his long feature film debut with Benefit of the Doubt in 1993. With Hostile Intent he made a new suspenseful action film. A film about the perfect computer program, so perfect the government wants to destroy it. Rob Lowe (The Hotel New Hampshire, Masquerade) stars as computer specialist Mike Cleary. Saul Rubinek (Wall Street, Unforgiven, True Romance) stars as CIA superior Kendall.