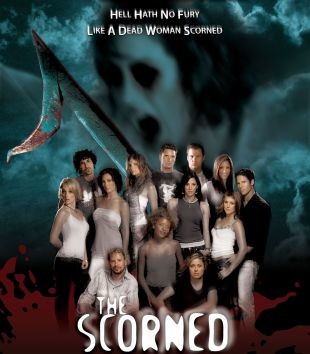 Hotel Morgana, a simple inn on the northern edge of the town. Whoever spends a night here falls under the spell of nightmarish visions. Are they the guests’ own fantasies or is it the constricting atmosphere of the old house which draws these fantasies from the inhabitants. In four episodes, the film recounts the extraordinary experiences of the hotel guests. A young man in room 16 notices that the mysterious, beautiful woman in the lift lives in the room next door. In his obsessive attempts to get a glance of her, he is surprised by a monstrous being. Down at the reception, the old landlord examines the contents of the hoover bag. In his 38 years on night duty he has amassed a curious collection of little things that the guests have lost in the hotel. In room 25, Christine, the chambermaid, meets a famous popsinger. The brief flirt with the star arouses unforeseen powers in her. But her high spirits spell her downfall. A new guest has arrived in room 34. Unexpected disturbances by other guests, the landlord’s wife and strange insects make him pack his bags with the intention of leaving. But that isn’t so easy in Hotel Morgana.
Hotel Morgana is the first long feature film of German director and screenwriter Martin Hansen, who worked on several other film-projects as an editor or as a cameraman. In four episodes Hansen outlines the strange atmosphere of the small town Hotel Morgana. A film for adventurous travellers.