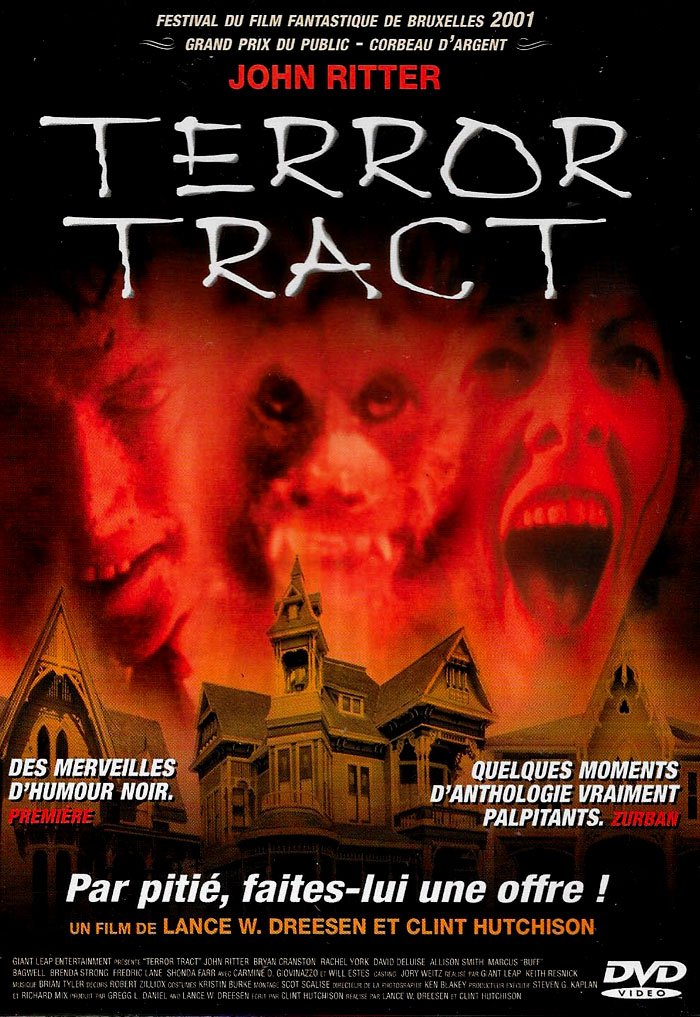 For the life of him, real estate agent Bob Carter can’t figure out why three of his listings are such a tough sell. Sure, the homes have blood-soaked histories and its owners are all dead or insane. But these are all top-notch houses, in turnkey condition and ready to move in ! However, today Bob has a sure thing, a newlywed couple in search of the tract home of their dreams. Bob cheerfully shows the properties, the young couple delighted by what they see… until Bob tells them the fates of their previous owners. They listen aghast, as Bob relates the horrific histories, plunging them through the neighbourhood’s sunny façade and into the unspeakable secrets of…. The Terror Tract ! In The Freemont Estate, a woman is haunted by nightmares in which her husband returns from the dead to kill his wife and her lover, who murdered him. In The Gatley Home, the father of the house, convinced that his daughter’s pet monkey is “evil”, goes to war against the demonic primate. And in the Goodwin Residence, a teenager becomes possessed by the mind of a homicidal maniac. In House on Terror Tract, by debut directors Gregg L. Daniel and Lance W. Dreesen and starring John Ritter as real estate agent Bob Carter (Stay Tuned, Bride of Chucky), you’ll be able to enjoy three stories of blood and gore, topped off with a gruesome and surprising climax.