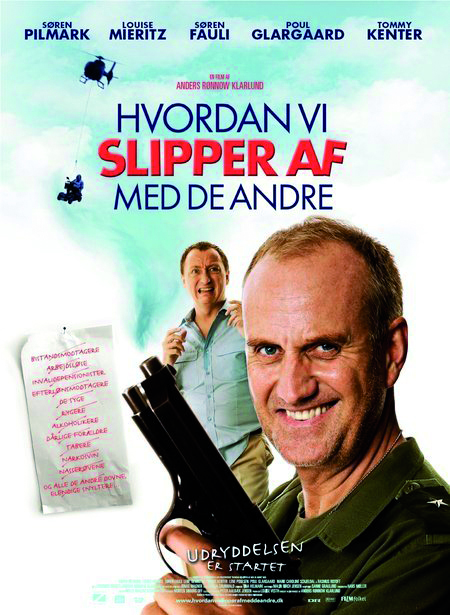 HOW TO GET RID OF THE OTHERS

It’s the very, very, very near future. Denmark is ruled by the New Copenhagen Criteria, a policy aimed at securing the nation’s survival. They target citizens who have received more from society than what they have contributed. You have committed social fraud or tax evasion. You’re a drug addict or an alcoholic. You can’t take care of your own children. You put an excessive strain on the health system. You’re unemployed for an unusually long time. You live on the edge of the law. In short, you’re an unproductive member of society, a burden to the system. Unless you can prove you’ve contributed to any kind of unselfish activity for the benefit of the common good, you’ll be rounded up by the army and you’ll be exterminated. How To Get Rid Of The Others might be first class political satire, it’s also frightfully close to reality. The movie is just the logical consequence of a certain current political discourse aimed at demonising everyone from cigarette smokers, immigrants, the poor, the sick, the unemployed and the old to political radicals. Director Anders Ronnow Klarlund also didn’t have to look far for inspiration, as Denmark has already been ruled for two term by a minority rightwing government, supported from the opposition by the extreme right. How To Get Rid Of The Others is painfully funny and uncomfortably right to the point.