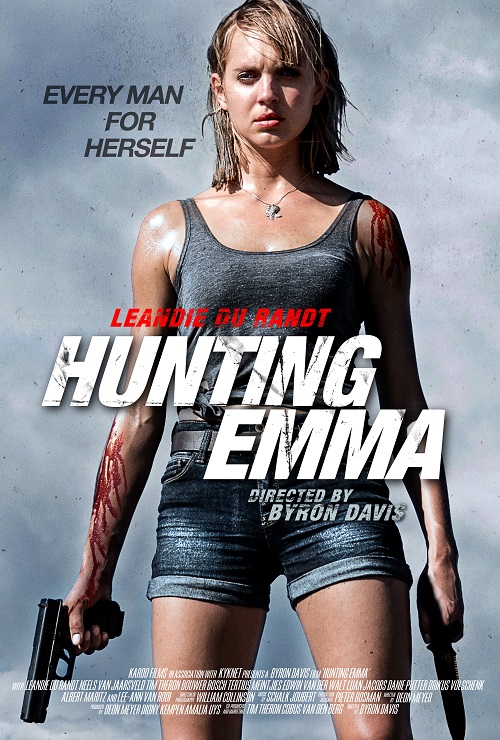 Emma looks like a gentle, peace-loving, and caring woman. But when danger occurs, she gets possessed by the ghost of Bryan Mills (Liam Neeson’s character in Taken). “Danger” here means a group of six lunatic drug sellers, whom she saw killing a cop on duty. There remains but one thing to do : kill that poor little helpless girl. What they haven’t bargained for is that Emma has seen all the Kill Bill movies and is in for some good ol’ ultra violence. Hunting Emma, the first movie by South African director Byron Davis, is based on a novel by Deon Meyer. The film doesn’t have the budget of its examples, but it makes up for that by a resourceful way of filming, with omnipresent violence, a breathtaking rhythm, and an impressive Leandie De Randt. Neill Blomkamp, you are no longer South Africa’s only genre film director !