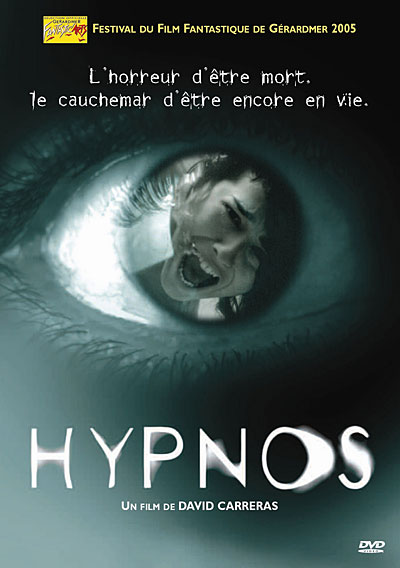 A stormy night. Acting on a disturbing piece of information, the police are led to a gruesome scene : the bloody corpse of a woman and, by its side, a little girl in a state of shock. Young psychiatrist Beatriz Varga starts to work at a remote but prestigious sanatorium that specialises in hypnosis. There she learns about the case of the little girl. On her first day, Beatriz manages to get an answer out of her that has never been heard before. Her hopes of helping the girl are trashed when she’s found dead, her veins slashed. The enigmatic patient M. warns Beatriz that it wasn’t suicide. Reality and fantasy begin to merge in the increasingly unstable mind of the doctor. Patients who foresee deaths, clues that lead to different suspects, prophetic visions, circular corridors that hide deadly secrets and new deaths. Will Beatriz be next ? David Carreras joins the swelling ranks of Spanish genre directors with his long feature debut Hypnos. This technically outstanding thriller will make you bite your nails with only a few hints of blood and with no need for psychopaths or ghosts. The cast deliver good performances, particularly Cristina Brondo (Euro Pudding) as Beatriz Vargas, Demián Bichir (Perdita Durango, Don’t Tempt Me) as Patient M. and Feodor Atkine (Ronin, Alexander) as the director of the institute.