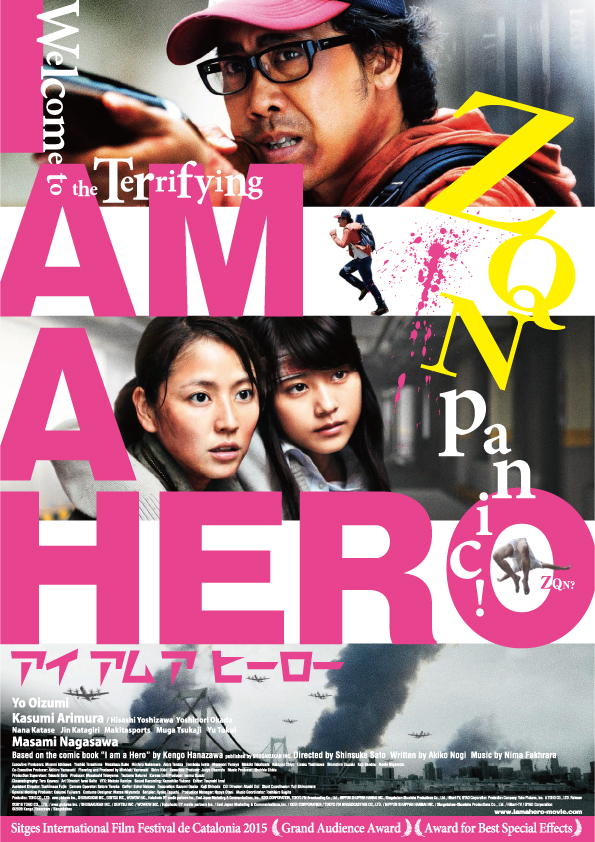 I AM A HERO

The life of Hideo Suzuki, a 35-year-old manga artist assistant, seem to be stuck around his exhausting but low-paying job, unfulfilled dreams, strange hallucinations and unsatisfying relationships. He sees himself as a supporting character in his own life and his low self-esteem results in frustration. One day, the world as Hideo knows it is shattered by a disease that turns people into homicidal maniacs, whose first instinct is to attack and devour the nearest human. Armed with only his sporting shotgun, Hideo runs for his life, meeting strangers along the way. All the while, he and his companions struggle to stay alive, while questioning their moral choices.

I Am A Hero is nothing less than the Japanese The Walking Dead. Kengo Hanazawa’s horror manga paints quite an original picture of the now familiar zombie apocalypse. The undead, or ZQN as they’re called, remain stuck in their daily routines, which is used for great comic and horrific relief in both the manga and the film adaptation by Shinsuke Kaneko (The Princess Blade, Gantz). Hideo Suzuki is probably one of the most reluctant and unlikely (anti)heroes ever. And once he really starts using his shotgun, you’d better run for cover. I Am A Hero is one of the essential zombie movies of the year.