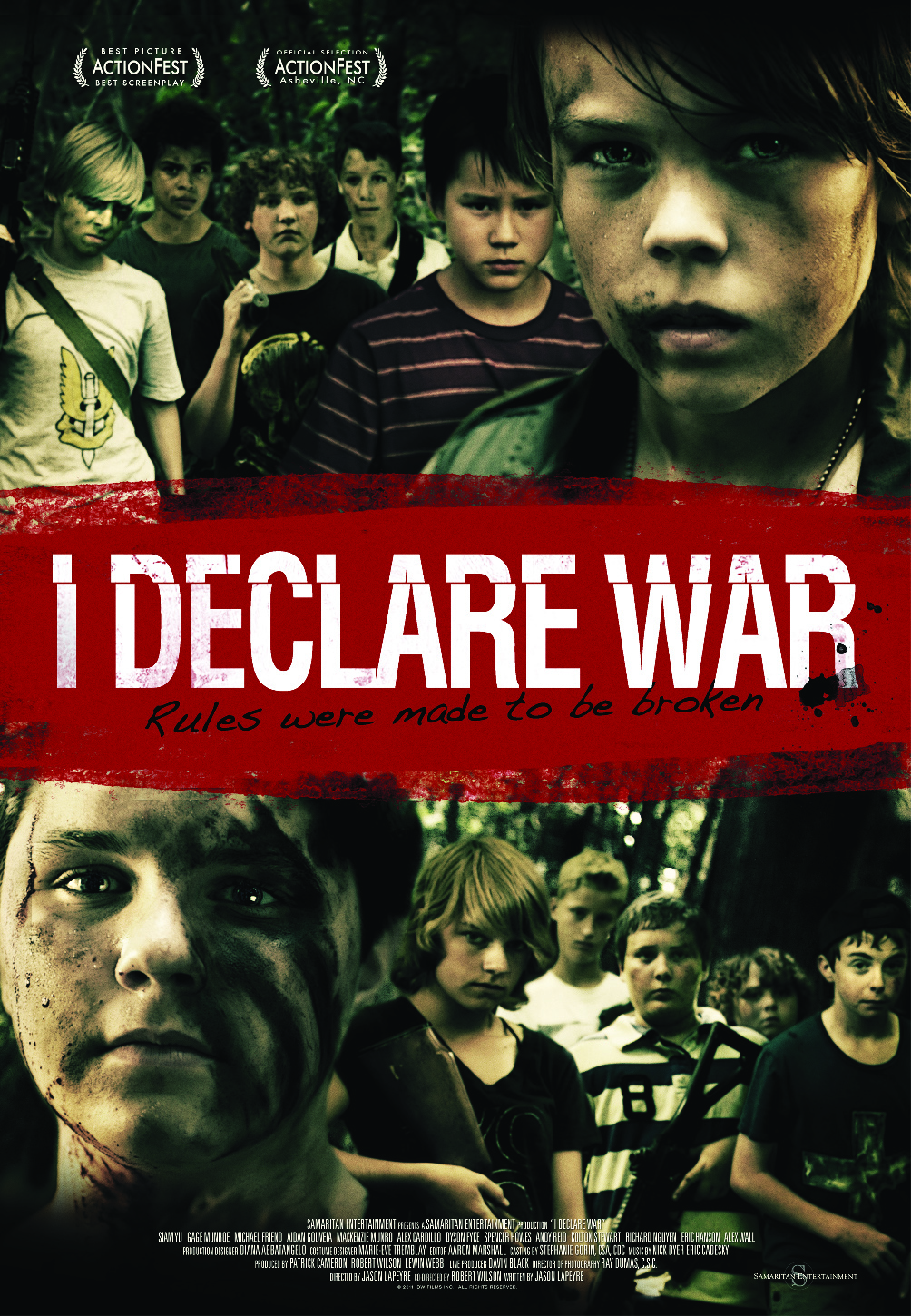 Every afternoon a bunch of kids gathers in the woods to play “war”. They use their imagination and turn sticks and water balloons into rifles and grenades. One of their leaders is the tactical genius PK. Besides living for these war-games, he also cares a lot about his best friend Kwon. They have regular sleepovers at his parents house, which they invariably spend by watching their favorite film : Patton. PK’s biggest rival is Skinner. In an attempt to gain the upper hand, he kidnaps Kwon and starts to “torture” him for information. PK is mad as hell. He gathers his troops and goes on the offensive. This war is going to get bloody ! Don’t think you’re going to watch a kid’s movie. I Declare War is probably one of the biggest surprises of this year’s BIFFF. Director Jason Lapeyre gives a highly original turn to his tale by transforming the toy guns of the kids into real weapons. We see them getting blown to pieces by grenade launchers and ray guns, after which they just get up and go home… until things get out of hand, of course. The war that we see these talented young actors wage is a microcosm of the real thing. A 21st Century Lord of the Flies with a terrific twist.