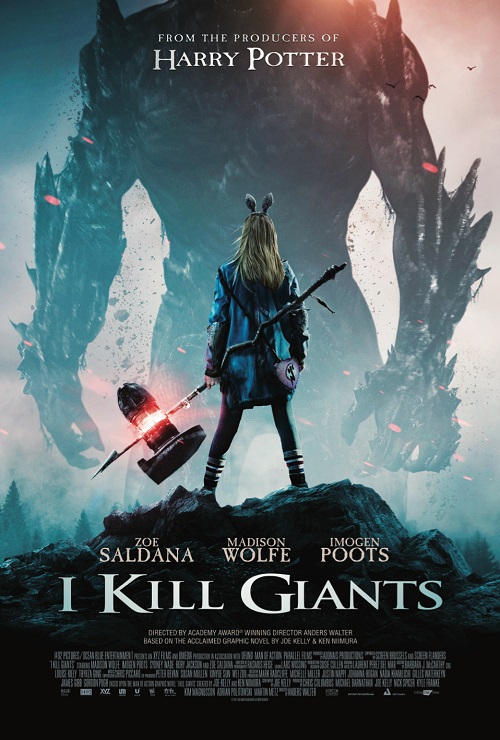 Barbara Thorson is a clever teenager who doesn’t behave like her peers. On her head, she wears rabbit’s ears, she doesn’t watch television, and she couldn’t care less which boy band is this week’s number one. Actually, she’s at loggerheads with just about everyone. Her schooldays are mostly spent going back and forth between the principal’s office and the in-house psychologist. The latter truly wants to help her but time and again she’s met by a wall of utter hostility. Why do all the grown-ups in her life worry so much then? It’s because of Barbara’s obsession with the Giants, a race of fantastical creatures who sow death and destruction. Armed with her war hammer Coveleski, after baseball player Harry Coveleski, she sets out on an epic crusade against the monsters who want to destroy her world. In his first feature, Danish director Anders Walter, who won an Oscar for his short Helium in 2014, adapts the widely praised graphic novel I Kill Giants by Joe Kelly and J. M. Ken Niimura. In this Belgian co-production, partly shot in Flanders, he strikes a delicate balance between psychological drama and a fantastical dream world. Among the choice cast, we recognize Zoe Saldana (Guardians of the Galaxy, Avatar, Star Trek), Imogen Poots (Green Room, V for Vendetta), and Jennifer Ehle (Contagion).