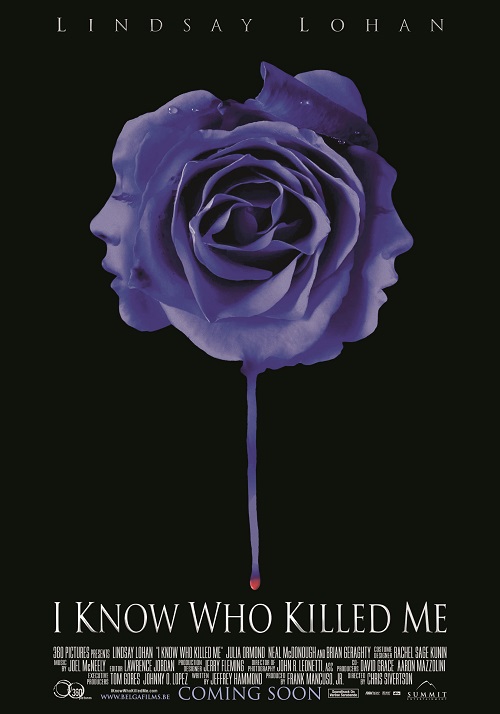 I KNOW WHO KILLED ME

Daniel and Susan Fleming must come to terms with the aftermath of the abduction and torture of their daughter Aubrey. Having turned up without a right hand and leg after 17 days of captivity, Aubrey seems to have additionally suffered a psychotic break. She adamantly claims that her name isn’t Aubrey at all, but Dakota, a night club stripper with little memory of her abduction. This does much to confuse not only her grieving parents, but also local FBI agent Julie Bascome, psychologist Alex Dupree and her boyfriend Jerrod. Is Dakota who she claims to be and is the real Aubrey still in danger ? And what of the mysterious stigmata of the wounded girl, which seem to have increased in frequency ? I Know Who Killed Me is a sumptuous and thrilling feast for the senses. Director Chris Sivertson ( The Lost ), cinematographer John R. Leonetti ( The Mask, The Scorpion King ) and production designer Jerry Fleming ( The Player, Crank ) have taken their inspiration from suspense masters such as Alfred Hitchcock, Brian De Palma and Dario Argento. I Know Who Killed me is a deliberately paced movie that unfolds almost like a modern grim fairytale, punctuated with bursts of cringe-inducing violence and intense sexuality. With a solid double performance by Hollywood’s favorite scandal girl Lindsay Lohan ( Mean Girls, Freaky Friday ) as Aubrey/Dakota.