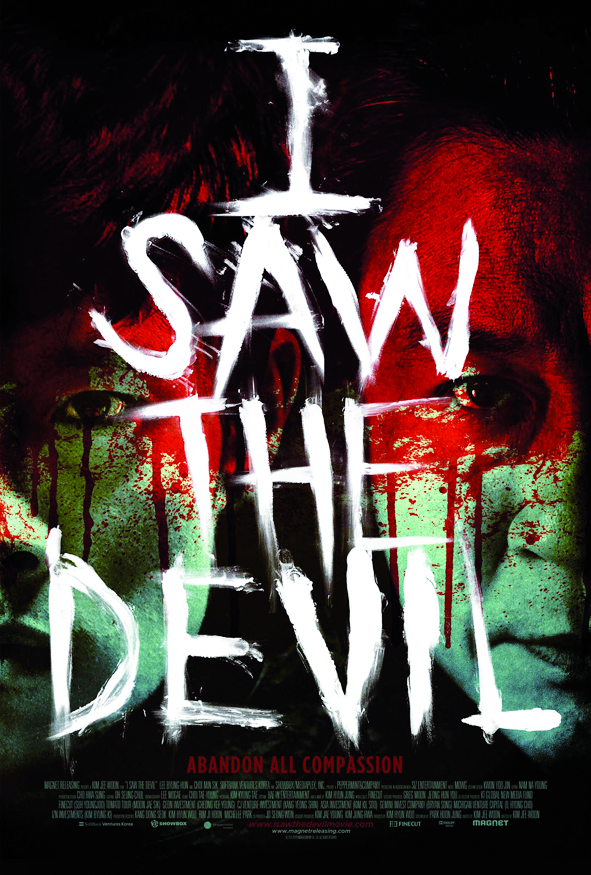 I SAW THE DEVIL

Kyung-chul is a dangerous psychopath who kills for pleasure. He has committed several heinous serial murders in ways you cannot even begin to imagine, with his victims ranging from young women to even children. The police have been chasing him for a long time, but are unable to catch him. One day, Ju-yeon, daughter of a retired police chief, becomes his prey and is found horribly murdered. Her fiancé Soo-hyun, a top secret agent, decides to track down the murderer himself. He vows to do everything in his power to take bloody vengeance against the killer, even if it means that he must become a monster himself to get his hands on Kyung-chul. He brought you A Tale of Two Sisters ( 2003 ) and The Good, The Bad, The Weird ( 2008 ). This year, director Ji-woon Kim is back with a film that has already made many viewers around the world very uncomfortable. Needless to say, Asian extreme movie standards are pretty high, but I Saw the Devil has gone one step further: graphically brilliant and disturbing, the film was initially banned from public theatres in Korea due to issues about “human values”. That said, sit back and enjoy this cat-and-mouse game with Byung-hun Lee ( his third film together with Ji-woon Kim ) and Min-sih Choi ( Lady Vengeance, Old Boy ). There’s no reason you won’t see the devil too…